What do we mean when we say ‘deification’?

When we say ‘deification’, we mean the elevation of a person beyond the natural state and to similarity to God, as far as this is possible. This is attainable because of the incarnation of God the Word and sanctification by the grace of the Holy Spirit.

Deification is the center and basis of Christian soteriology and is what we’re destined for. Orthodox mysticism revolved around this in the past, continues to do so and will continue in the future. It was developed by our own Fathers who thereafter transmitted it, as a token of their good will, to the daughter Churches of the Slav peoples. 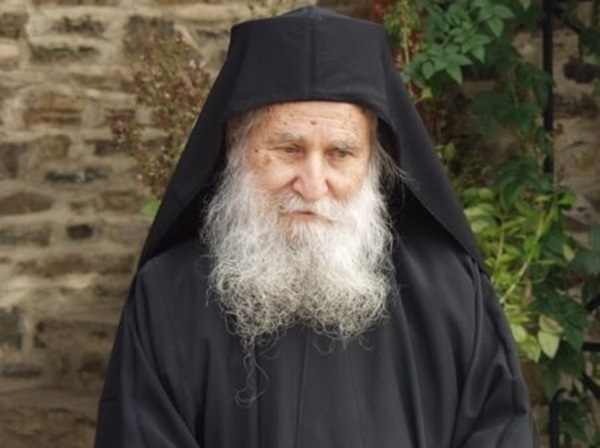 Deification can’t be described in human terms. The Lord revealed a pale image of it at his Transfiguration on Mount Tabor*.The Lord’s words that the righteous will shine like the sun in the kingdom of their father (Matth. 14, 43) are also an allusion to deification. Some traces of deification were also borne by the Prophet Moses on his face when he descended from the peak of Sinai. As a result, the Israelites were unable to gaze upon him until he covered his face.

Many of our holy Fathers bore the grace of deification, as we can see from their Lives, such as, for example, Abba Pambo, Abba Sisoë, Saint Nifon, Bishop of Constantine (fl. 4th century), Saint Symeon the New Theologian, Saint Seraphim of Sarov and all the others who by Christ’s grace ascended the ladder of sanctity.

This divine radiance which shone from the body of the deified saints was the divine state which permeated them and which illumines and sanctifies the whole psychosomatic being of a person. All the psychosomatic members of such people are sanctified and share in the incorruption and fragrance of holiness. Meanwhile their faces shine like the sun, though this brightness is not perceptible to those around, unless divine grace permits it to show, for the edification of the faithful. It’s this grace that sanctifies their bones, their garments and whatever else they made use of, as we read in their Lives. Thus we see that even their ‘handkerchiefs and aprons’ (Acts 19, 12) worked miracles and effected cures.

In short, then, deification is the transfiguration of the human person, by divine grace, into their initial state of being ‘in the image and likeness of God’. Made possible by the incarnation of God the Word, it’s the adoption of a person on God’s part, by grace.

Deification is participation in divine glory and divine bliss to the extent that this is possible for human nature.

It’s also that state described by Saint Paul where ‘what is mortal has been swallowed up by life’, where the faithful are raised as ‘new persons’, ‘created after the likeness of God’, ‘resembling the Son of God in all things’.

Deification also means serenity, and perfection and spiritual knowledge and love, as well as cleansing of the passions and total imperviousness to anything wicked.

*This is why Christ says to the disciples on that occasion that some who are standing there will not die until they have had a foretaste of the Kingdom of God: ‘Before they see the Kingdom of God in its potential state’. This and the quotation from Matthew which follows are examples of Jesus’ davarim. A davar is not a wise saying like those one finds in Wisdom literature and Greek philosophy, but a divine revelation concerning hidden mysteries and, as such, was directed to ‘those who have ears to hear’. As the above article illustrates, Elder Iosif was clearly such a person.