One of the most difficult moments in life is when there’s a rift between people over a particular matter. Parents don’t want to make their teenage children resentful so they give in to them on all sides. On the other hand, teenagers- boys and girls- are more than prepared to wrangle with their parents to get what they want and also to show that they have their own identity. There are people, however, who avoid disagreements, who don’t have the courage of their convictions, who worry about the consequences which will follow if they decide to bring things to a head. This also happens in the workplace and in society in general. Those who decide to confront others know that, unless they do so from a position of strength, there’ll be a price to paid: dismissal, no promotion and sometimes becoming isolated. 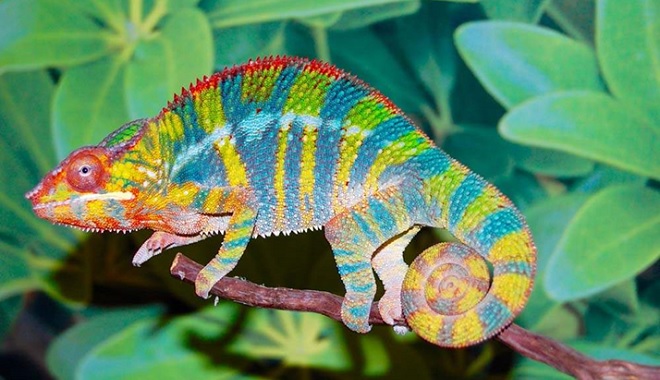 In contrast to the risk of confrontation, there’s the path of the chameleon. That’s the decision to adopt the colors of our surroundings. To let others believe we agree with them. To let them be pleased even if we’re not, just so that we don’t feel we’re alone, simply to buy time in order to reveal our true self when we sense that the time’s ripe. But if this time never comes, then we’ll have chosen not to be true to ourselves. We’ll appear to be diplomatic, but in reality we won’t be genuinely so because we’ll have identified with the role of the chameleon and won’t be free. We’ll be pressed into a game of compromise by the fear of isolation, in combination with stress over survival, sometimes over being rejected by others. Or we may choose not to let go of relationships which don’t support us, even though we may know that they aren’t what we want at all. And all this in order to get along nicely and not cloud our mind with other concerns.

The chameleon is typical of our own day and age. It’s the image of hypocritical co-existence, the means of social media networking, since most of us put our best face on so that people will see us as we wish to be seen, not as we really are. The latter course would show the pleasing and the difficult side of us, what we can put up with and what upsets us. So the truth about us doesn’t come out and, instead, we try to make up or maintain a false persona, as we do in real life. For this to happen, we have to be chameleons. Politicians call this ‘fear of political cost’; for sociologists it’s ‘image’; and to some Christians it’s the label of a ‘good person’.

Acting like a chameleon doesn’t lead to happiness.  At heart, we’re bound to be sad. And at some stage we’ll have to face what we’re attempting to avoid, like married couples who pretend that they put up with each because they’re in love. The time will come when they’ll be sick and tired and the relationship will break down. The split will be beyond repair.

So, more truth. Declaration of convictions and emotions, so that our relationships are authentic. Otherwise, make a fresh start.