The Third Birth of Christ (Part I)

The third birth of Christ is in the life of people who believe in Him and accept Him as their own, personal God. Because even though Christ became incarnate in order to save everyone, not everyone will be saved.

Of course, the Lord “wants all people to be saved and to come to knowledge of the truth”, (I Tim. 2, 4), and is certainly all-powerful. Nevertheless, He respects people’s freedom as well and has no desire to save us against our will. 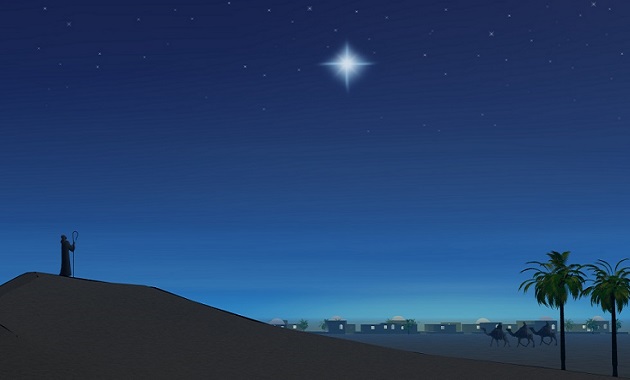 Thus, in the Revelation, He is presented as a wandering beggar, going from door to door, from soul to soul, knocking for us to open to Him: “Behold I stand at the door and knock; if anyone hears my voice and open the door, I will come in to them and eat with them and they with me” (Rev. 3, 20). And the story of the first Christian night is repeated. Most of the doors are closed, as they were in Bethlehem; our hearts shelter other gods and goddesses. Sweet Jesus finds but a few souls willing to receive Him. “He came to his own home and his kin did not receive Him” (Jn. 1, 11). But for those in whom He stays, He makes the stable a palace and the manger a sumptuous table; He is born in their hearts and gives them a new birth.

This rebirth is necessary for our salvation. Only those who are “reborn from above” (Jn. 3, 3), to use the Lord’s own phrase, enter into the Kingdom of Heaven and become its citizens. How are we to be reborn, however, asks Nikodimos, as do we, along with him (Jn. 3, 4). For an answer, let us listen to what the angel said to the Virgin Mary, who was astonished to learn that she would give birth without a man: “The Holy Spirit will come upon you and the power of the Most High will overshadow you” (Luke 1, 35). Christ was conceived in Mary’s womb by the Holy Spirit, and by the same Spirit we, too, can conceive Him and bear Him within us. We can bear Christ once our union with the Holy Spirit has been consummated.

It is true! Something amazing happens in our lives, which the world is at a loss to understand, has not learned and will never do so. Through the Holy Spirit, every Christian can conceive and bear Christ. And the Christ we bear will be our own self, who will become another Christ in the world, a small Christ, that is a real Christian.

A living example of such a rebirth is the Apostle Paul. He managed to conceive Christ and bear Him within himself, so that he was able to say: “I no longer live, but Christ lives in me (Gal. 2, 20). His innermost parts were those of Christ, his mind was that of Christ, his heart that of Christ. This is how he was able to engender Him in the souls of others around him, as he writes to the Galatians: “My children, for whom I am again in anguish until Christ is formed in you” (4, 19). What a doting parent the apostle was. As if he were placing them inside his own body and carrying them, until they could be born as Christians, as little Christs. How much this has to say to all the teachers of the Gospel, the catechizers. Their greatest task, their chief mission is to engender Christ in people’s souls, and  in doing so undergo the pangs of a woman giving birth.

2. How we are reborn

When Jesus bade farewell to His disciples, shortly before His passion, He told them that He would send the Comforter, Who “dwells with you and will be in you” (Jn. 14, 17). This Comforter carries out the third birth of Christ, in the Spirit, in our hearts. He unites with us and brings a new Christ into the world, our reborn self. But how does the Comforter visit us?