If we wish to understand something of Christmas and to experience in some way the life of the Church, we must arrive at that grace-filled point when God’s coming into the world means the complete inversion of the circumstances and established practices of each of us.

Because, among other things, Christmas shows:

1) that among us people glory lies in humility and obscurity, not in the force of our presence on earth, much less in our domination of other people. Proof of this is the infant in Bethlehem: almighty God lies weak and vulnerable in a manger, concealed, born of a very ordinary young girl, in the least significant of all the villages in Judea. ‘You were born secretly in the cave’. 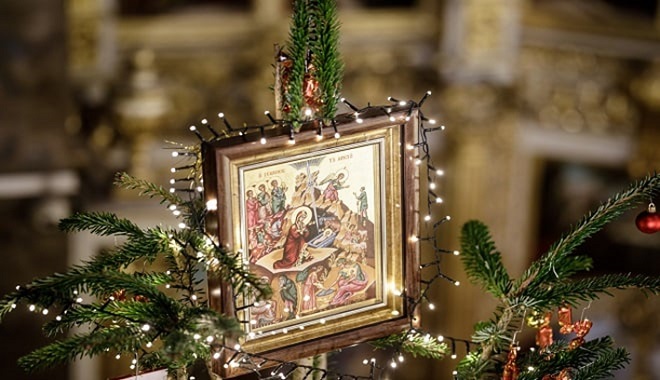 2) that riches among us are to be found in the choice of material poverty and in giving, not in the acquisition of material goods. Again, the divine infant is the proof: as God, ‘while rich he became poor’. He lived in poverty; he called poverty blessed, he gave and continues to do so, keeping nothing for himself.

3) that contentment and ease don’t lie in an absence of effort and pain, but in bearing the cross and choosing sacrifice. Again, the incarnate God shows this: from as early as the manger he was involved with sacrifice and the cross. It’s no accident that in Byzantine icons of the nativity, the manger is depicted as a coffin. Pain is Christ’s choice, but also his respite, because that’s how he saves us.

In this way, the Lord’s nativity is a scourge and death sentence for the central human passion, egotism, since it demolishes once and for all its essential make-up: greed, acquisitiveness and hedonism. 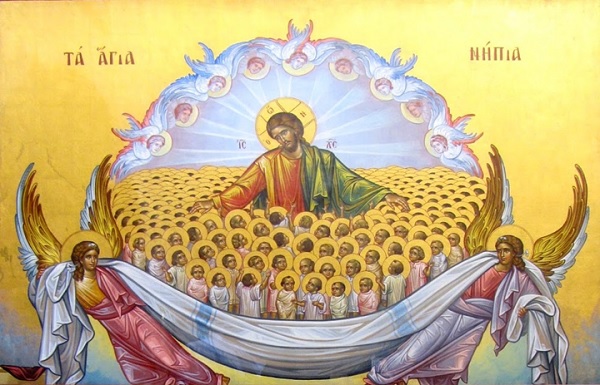 Along with the events of Christmas, the greatest mystery of our faith- ‘and certainly the mystery of godliness is great’ (1 Tim. 3, 16) – we’re also made aware of the poverty of human reason and human justice. Because the human mind and the sense of common justice could not have reached the literal inversion of the priorities of human life which was occasioned by the Lord’s nativity. After Christ, what seems to be just is no longer so, neither is what appears to be unjust. Quite the opposite, in fact: justice is often to be found in what’s supposedly unjust and injustice is apparent justice.

Apart from the fact of Christmas itself, December 29 shows the inversion of the fixed certainties which people entertained before Christ: we celebrate the memory of the 14,000 infants (it’s of no interest whether the number is symbolic or not: what counts is the murderous intent) who were slaughtered by bloodthirsty Herod. How does human reason deal with such an event? Seeing things purely in a horizontal fashion, without the perspective of eternity and without the depth of faith, it characterizes it as the greatest of injustices which draws down a commensurate judgement on God: if there’s a God, how could he permit such a tragedy, such brutality? Where’s his justice?

However, faith replies to unbelief and godless reason that: the slaughtered infants are Christ’s first martyrs. Indeed, according to the hymns of the day, they’re ‘the new martyrs’, ‘the choir of martyrs’, ‘the first sacrifice to the spotless birth of Christ’, ‘the holy sacrifice of Christ’s contemporaries for our salvation’. Therefore, ‘May the slaughter reach the ears of the Lord of Hosts’ for ‘the precious infants are at rest in the bosom of Abraham’. 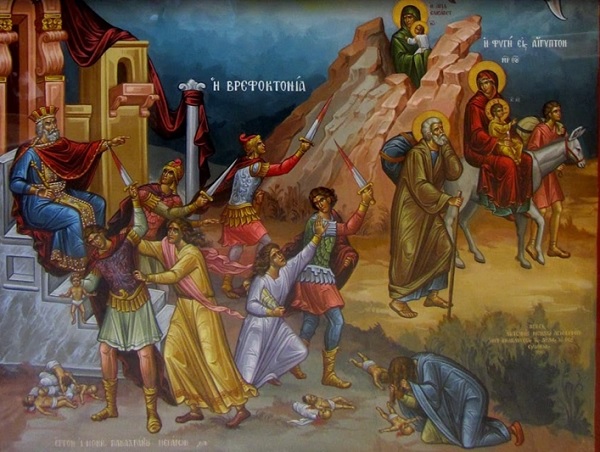 So the slaughtered infants were justified and saved; through their blood they gained the kingdom of heaven, they rejoice and exult forever, they intercede for our own salvation, and also mourn and lament those whose wings of faith are clipped and who therefore weep and wail over the ‘injustice’ the babes suffered at the hands of Herod.

Christmas isn’t a feast of superficial and external joy, the way people who are indifferent to faith usually experience it. Christmas demands a radical change and repentance so that we can acquire those senses with which we’ll be able to see the world in the way Christ manifested it to us. The joy of Christmas, therefore, requires us to overcome our mourning over our sins. Unless we demolish our wicked self by God’s grace, we’ll never build the new person whom Christ brought to us.