‘When he heard that John had been delivered up, he withdrew into Galilee’.

Christ’s behavior towards people wasn’t monolithic. He reacted in a variety of ways. In any case, He became incarnate, was made manifest to people and revealed His wisdom with the aim of ‘presenting His life as a model to be imitated’, as Saint Gregory Palamas puts it. The way He acted depended on the particular case. He didn’t behave diplomatically or out of self-interest but always with a view to the salvation of the person concerned.

At times He spoke humbly about His person; at other times He revealed His divinity. Sometimes He went to Jerusalem and spoke openly about very serious matters and sometimes He left and hid in Galilee in order to escape the envy of His enemies or to avoid untimely arrest. This was the case as described in today’s Gospel reading. 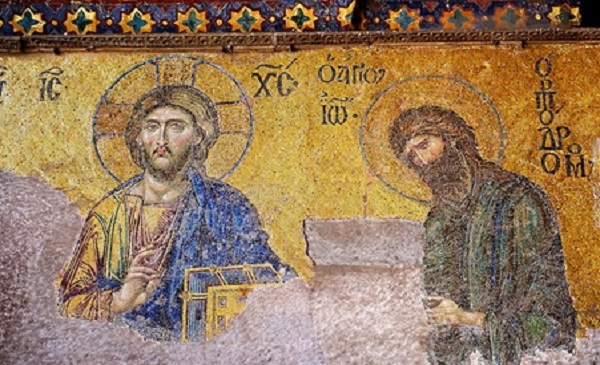 Why did the Lord withdraw into Galilee?
His withdrawal took place after the arrest of John the Baptist (Matth. 4, 12). One reason was that Jesus wanted to remove Himself from the public eye and prepare His disciples for His own imminent Passion. Another reason is that the hour had not yet come for Him to be crucified: ‘not to avoid the passion, for this is why he came, but to await the proper time for it’…’This was the reason I came at this hour (Jn. 12, 27). Had He been crucified too soon, a large part of His work would have perished with Him. His withdrawal wasn’t cowardice, but circumspection. He never put Himself in danger to no purpose.

Can Christians indulge in extremes?
The Lord’s example in avoiding unnecessary danger has much to tell us. We should do nothing if we’re being moved to excess. We shouldn’t be conservative, but neither should we be liberal in spiritual matters. Even in worldly matters, we should proceed with caution. We should always keep to the middle of the path followed by the Church.

Here are a few examples. Take fasting. Some people are extremists in this while many others, perhaps most, are not at all so. Saint Isidoros Pilousiotis says that we should be ‘experienced measurers’, that is good at weighing. Neither complete abstinence from food is to be commended, because it leads to lethargy and collapse, nor is eating too much a good thing, because it leads to decadence. The various ascetic practices of virtue we undertake should be commensurate with our powers, if we’re to have normal spiritual progress. It often happens that people who come to know Christ for the first time embrace the spiritual life with great enthusiasm, but when the zeal wears off, they return to their former habits and become worse than they had been. ‘And the final condition of that person is worse than the first’ (Matth. 12, 45).

The same is true in other matters. We shouldn’t see enemies of the Church everywhere, but neither should we grant amnesty to those who attack and deride it. There has to be a happy medium in the spiritual life. In our dealings with others we should have discretion enough to enable us to see the best time to talk to someone about Christ and spiritual affairs. Because otherwise we might do more harm than good.

My friends, may we learn from Christ’s example so that we’re sound and judicious people of God. Amen.