Saint Iosif: I saw them from afar as if I were present in the Body

(As told by Saint Iosif the Hesychast):

Once I was kneeling at the window, as I usually did, saying the Jesus Prayer. It was late at night in the summer and I had the window open. Once I’d collected my thoughts, and was saying the prayer with great serenity, my mind opened and I was able to see wherever I wanted, without hindrance.

I saw our own Father Athanasios on the road from Saint Ann’s Skete, coming towards the house with a cloth bag. I accompanied him all the while and was with him all the way. 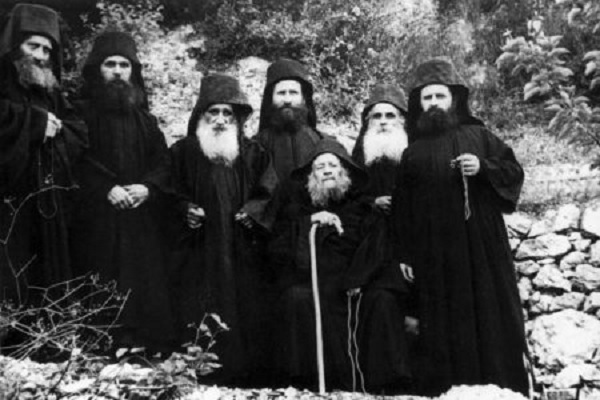 At the Panayia [shrine to Our Lady], he left the bag outside the cave, on the curb, paid his respects and then continued on his way. I was with him until he took the key, came inside and slowly came to me to make his prostration.

And I wondered to myself about the human mind.

It really is as the Fathers say: when the human mind is cleansed, the whole of creation can fit inside. That’s the way it is. I didn’t see him as you would see something from afar, becoming clearer the closer it gets to you. I was with him, we were walking along together and I could see everything around us. I was still in myself, yet I saw these things that were far off as if I was present there in the body. And I did so without effort, exertion or any kind of invention on my part.

The prayer has so much within it, when you try really hard to acquire it. It takes people to such a high level that all changeability and disorder disappears. They become like those who have the gifts of eldership, even if they’re not of an age to be elders.

They acquire a gravity and a stubborn resistance to evil. They’re not easily swayed, they aren’t afraid and they aren’t changeable. It’s not difficult for them to discern differences in thoughts and things and they aren’t easily led astray. And it’s one thing for somebody to say all this, and quite another to actually experience it.