On January 1 our holy Church celebrates two great and important events: the circumcision of Christ, the formal entry of a male child into the Jewish community which according to their custom took place on the 8th day after his birth; and the commemoration of Saint Basil the Great, the Archbishop of Caesarea, in Cappadocia. And, as well as this, a solemn doxology is sung in Christian churches ‘on the occasion of the (civil) new year’.

The beginning of the new civil year marks the start of a new time period, while also raising the question of when, and by whom time itself was created.

The creation of time is to be found in the first chapter of the book of Genesis and, by extension, in the whole of Holy Scripture (Old and New Testaments), wherever there is a discussion on the creation of the world. According to Genesis 1, 1: ‘In the beginning, God made heaven and earth’. This sentence reveals how the cosmos and time were created simultaneously and come from non-being into being, through the action of the all-wise, all-powerful and timeless Triune God. 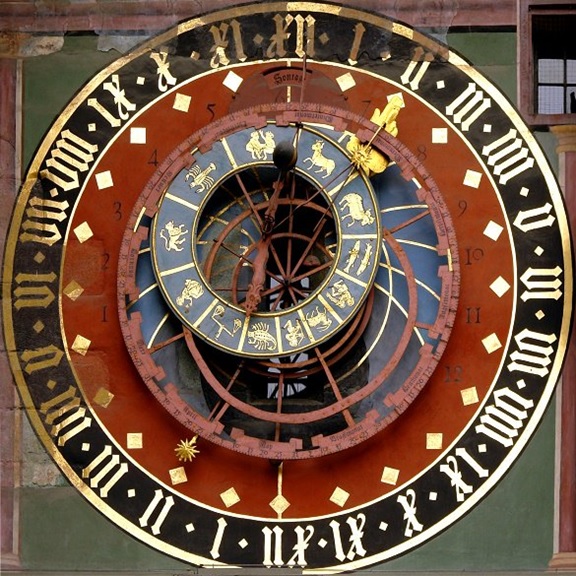 Through this short Biblical passage (‘In the beginning, God made heaven and earth’), we have demonstrated to us most forcefully the fundamental triptych of Biblical cosmology, that is temporality (‘In the beginning’), person-centredness (‘God’) and creativity (‘created’).

‘In the beginning’ is a marker, the starting-point for when, by divine command, the cosmos and time came into existence from non-existence. According to Prokopios the Gazan, the words ‘In the beginning’ denote time, the creation of which marks the creation of all created things, including the world, within a split second. Saint Basil the Great notes that time was created first and then the cosmos. This was so that the cosmos should not be thought of as being timeless and eternal.

In his desire to show us that even time is created and is subject to the will of God, the hymnographer of the Service of Vespers for the Indiction, that is the first day of the ecclesiastical year, states: ‘the maker of all creation, who placed eras and epochs under the same authority’ (Dismissal Hymn for the Indiction).

Like the cosmos, time also has an end, as well as a beginning. Indeed, it has an end because it has a beginning and it has a beginning because it, in its turn, is made ‘in time’ by the only Creator. Just as the beginning of time coincided with the start of the cosmos, so the end of time will coincide with the final phase of the cosmos. In this regard, it’s worth noting that the Book of the Revelation of Saint John makes mention of a new heaven/cosmos, given that the old one has already passed away. This demonstrates the transitory nature of both the present cosmos and of time: ‘And I saw a new heaven and a new earth; for the first heaven and the first earth had passed away’ (Rev. 21, 1).

In his homily on the Six Days [of Creation], Basil the Great confirms that whatever has a beginning, time being no exception, will certainly also have an end, because whatever is created ‘within time’, will surely come to an end ‘within time’. The end of time is a consequence of the beginning of time. This, that is the passage of the cosmos and of time, is demonstrated in the Gospel according to Saint Mark: ‘Heaven and earth shall pass away: but my words shall not pass away’ (Mark 13, 31), as well as in the Psalms: ‘the heavens are the works of your hand; they shall perish, but you will remain’ (Ps. 101, 26-27).