The Holy and Great Orthodox Council and the Ecumenical Patriarchate

2. The Role of the Ecumenical Patriarchate

In the absence of an Emperor, the Ecumenical Patriarchate of Constantinople has been entrusted by the Church with this leadership role. The Great Church in Captivity – the epithet coined by Sir Steven Runciman for the See of Constantinople during Ottoman rule – has served as the Ever-Illuminant Lighthouse of the Orthodox World. This is not a romanticized view of the Ecumenical Patriarchate but a historical reality.

Its power does not derive from government support, nor does its prestige spring forth from a conjured reality; instead, Constantinople’s primacy of honour comes from the canons and decisions of Ecumenical Councils, Church Tradition and a certain phronema (mindset) inspired, by among other things, Constantinople’s influence over ecclesiastical affairs throughout the centuries (e.g., architecture, iconography, missionary activity and hymnography), as well as the sixty-one recognized saints who have served as Archbishop of Constantinople-New Rome (not “Second” Rome) and Ecumenical Patriarch. This spiritual maturity, or institutional memory, has been cultivated over 1,700-years. 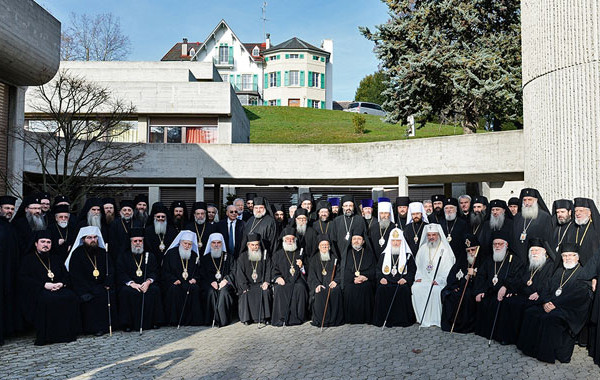 Similar to the respect shown to Rome during the first millennium of Christendom, autocephalous churches now defer to Constantinople as the first among equals.

While the fourteen autocephalous churches are independent and no local church, including Constantinople, should interfere in the internal operations of another, there is also a system of order in the Church and the one who maintains it par excellence is the Ecumenical Patriarchate.

3. The Politics Behind the Holy and Great Council

Let us now turn our attention to the more politically-charged dynamics with a focus on the Russian Orthodox Church (ROC) and its head, Patriarch Kirill.

Following the recent Synaxis of Primates, the ROC held its Sacred Bishops’ Council in Moscow. This gathering gave Kirill the platform to favourably spin the outcomes from Chambésy, particularly with regards to Ukraine. The ROC even issued the following news release: “Unilateral recognition of schism in Ukraine will have catastrophic consequences for the unity of the Orthodox Church” (my emphasis) even though many parishes in Ukraine nominally under the ROC do not even commemorate Kirill during the Divine Liturgy. In any event, such provocative and torqued rhetoric is scandalous and it can be argued that it draws attention to the lack of spiritual maturity of the current ROC leadership.

Yet it was Kirill’s tête-à-tête with Pope Francis in Cuba that captured the world’s attention. The ROC, which has been pursued for decades by the Vatican for such a meeting, strategically timed the use of this ace in the hole to outdo Bartholomew and try to suppress his image as the leader of global Orthodoxy.