Another basic common element between Cavafy’s ‘Ithaca’[102] and Fr Moyses ‘Athos Ithaca’[103] is that both allude allegorically to a spiritual travel. As we have seen, Cavafy asserts that the importance of the journey is to gain the main ideals that the journey offers: experience, knowledge and wisdom.[104] Fr Moyses has been influenced by Cavafy’s process of spiritual travel, but in this case, he adapts it to the needs of his familiar surroundings: that of life in the monastery. This time, Cavafy’s triptych of ideals is replaced by two other ideals. These are patience and ignorance. Fr Moyses implies that the prospective monk should be patient throughout the journey, and he should ignore what a layman says about his decision to live in a monastery. 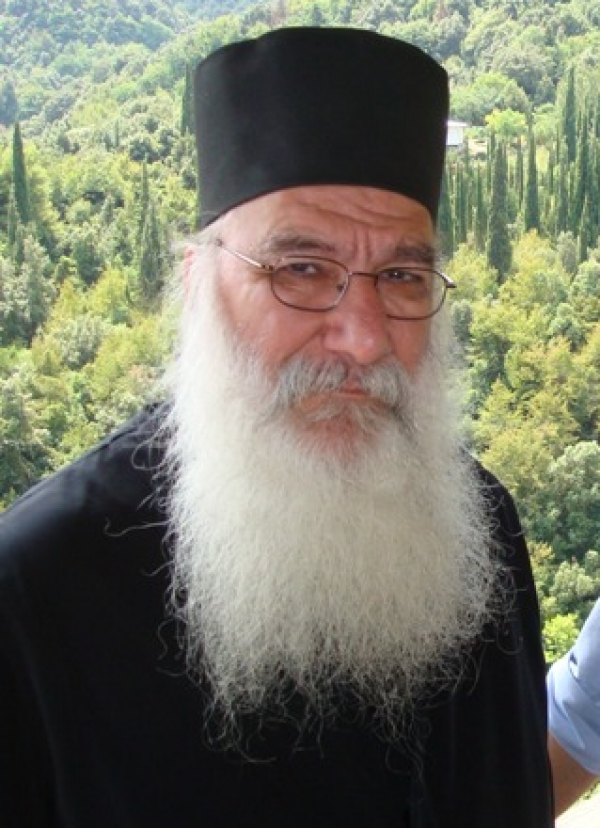 Fr Moyses draws a parallel between Athos and Cavafy’s Ithaca. We have a person who is looking for his route in life. The prospective monk of his poem is presented to call his final destination Ithaca, instead of Mount Athos. In that way, Fr Moyses intends to show that the young monk believes that he found the ending of his spiritual travel, since Ithaca is the final destination in Cavafy. Nevertheless, Fr Moyses’ advice is to continue looking for the ideals of the monastic life. The fact that the young monk reached Mount Athos, or Ithaca and became a monk is just the beginning of his new life.

In a similar way to Cavafy, whose poem has an atmosphere of counsel, Fr Moyses creates a similar climate. Fr Moyses advises the young monk of his poem ‘μη συλλογάσαι τι λένε οι άλλοι’ (‘do not think of what other say’) and ‘να χαίρεσαι την ένδοξη αφάνεια’ (‘enjoy the glorious obscurity’).[105] The advisory character of Fr Moyses’ poem recalls that of Cavafy, who also advises his reader saying: ‘τὸν ἄγριο Ποσειδῶνα δὲν θὰ συναντήσεις’ (‘the fierce Poseidon you’ll not encounter’) and ‘νὰ εὔχεσαι νἆναι μακρὺς ὁ δρόμος’ (‘pray that the road be long’).[106]

Following Cavafy, Fr Moyses uses, again, the conjunction ‘να’ in order to exhort the young monk to work and drive him in the correct direction of thought: to enjoy monastic obscurity. In addition, Fr Moyses’ prohibition to the young monk to draw attention to laymen’s speech is reminiscent of Cavafy’s words to his reader not to be afraid of Poseidon. Both poets try to give hope and strength to their interlocutors in order to continue their journey. As Poulis asserted,[107] Cavafy expresses religious elements; however, Fr Moyses strengthens these religious elements.

In general, Fr Moyses modifies Cavafy’s Ithaca. His poems are obviously inspired by Cavafy. However, he enriches them with elements that the reader does not see in the latter. In ‘Same Times’,[108] Fr Moyses replaces Cavafy’s single trophy with a double one. On the one hand, Cavafy says that the aim of the journey is to gain all the values that it offers. Nonetheless, Fr Moyses asserts that in accepting the values of the travel, you should become a national benefactor. Through the experience and all the values you acquired, you should help other people.

In ‘Athos Ithaca’,[109] Fr Moyses transfers readers, mentally, to his familiar surroundings; that of Mount Athos. He is an old monk, who advises a younger monk. In that way, the poem has a sound religious character, enriched by the monastic atmosphere of Mount Athos. Fr Moyses’ speech is descriptive and truthful, since he speaks as a real monk. His words are truthful, because he describes monasticism as someone who experiences the monastic life. Fr Moyses is not a layman who speaks about the monastic life as a visitor. Even if the reader considers that the poem constitutes an imaginary speech, the words of Fr Moyses reveal his closeness to monasticism. Fr Moyses reminds us that he is a monk, who writes poetry. Especially in ‘Athos Ithaca’, Fr Moyses takes the idea of Ithaca from Cavafy and writes something new. He writes a poem with sound Christian character about monasticism, by changing the name of Ithaca to Athos.

[104] As I have already shown, analyzing Cavafy’s Ithaca, the ideals are: experience, knowedge and wisdom. Fr Moyses, also, promotes these three ideals in his poem ‘Same Times’.