The Date for the Celebration of Easter 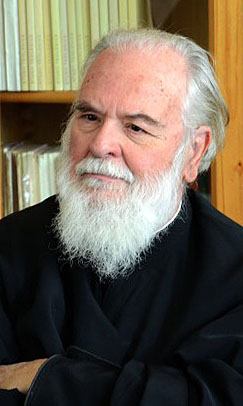 Despite the fact that calendars and the measurement of time are purely conventional in the Christian conscience, temporal definition has sometimes affected Christian society on important theological issues, such as the celebration of Easter. Christian Easter, typologically linked to the Jewish Pesakh (Passover) (Paschal lamb / “slaughtered lamb / Christ”; cf. Rev. 5, 12) was established by the Apostles as a “remembrance” of Christ’s sacrifice on the cross.

But the content of the feast and the day on which it was to be celebrated caused serious problems. The Judaizing Christians, the Quartodecimans of Asia Minor, stressed the event of the Crucifixion and celebrated on the 14th day of the month of Nisan, together with the Jews. Gentile Christians, however, stressed the Resurrection of Christ and linked it to the Sunday after 14 Nisan, so that it wouldn’t coincide with the Jewish Pesakh. In the second century, the difference became the occasion for a dispute between the Churches of Rome and Asia Minor, and both sides had their supporters. Of course, the dispute didn’t lead to open rupture, thanks to the intervention of enlightened Bishops (Anikitos of Rome, Polykarpos of Smyrna and Eirinaios of Lyons), and the solution to the problem was provided by the First Ecumenical Synod (325), which determined that Easter was to be celebrated on the first Sunday after the (first) full moon of the vernal equinox. This meant that it could never coincide with  the Jewish Pesakh since “Our Paschal lamb, Christ, has been sacrificed” (I Cor. 5, 7). The Patriarch of Alexandria (the city had a tradition in astronomy from the presence there of pagan Greek astronomers) undertook to  announce the date of Easter to the Christian world every year. The date of Easter therefore depended on the calculation of the date of the first vernal full moon. So the communion of Christians followed the scientific determination of the vernal equinox. Dionysios the Younger accepted as the first vernal full moon the one which followed March 20, so that the celebration of Easter would fall between March 22 and April 25. From the 7th century, Easter tables were drawn up which determined the date of Easter over a number of years. The Easter tables were drawn up on the basis of the Julian calendar, which was the one used at the First Ecumenical Synod. This calendar was wrong, however, by 0.008 days a year. In 1582, at the time of Pope Gregory XIII, the error extended to 10 days. So the vernal equinox now coincided with March 11. The Council of Trent (1545) had first pointed out this discrepancy and it was decided that the error should be corrected. The task was undertaken  in the end by Pope Gregory, with the assistance of the Jesuit astronomer, Christopher Clavius (1537-1612) and on the basis of suggestions made by Luigi Lilio († 1576). The relevant Papal bull was published in February, 1582. The vernal equinox was restored to March 21 and the length of the year was agreed to be 365.2422 days, which leads to an error of 3.12 days over the course of four hundred years which is corrected every time a century can be divided by the number 400 (thus, the last one was 2000). The Papal bull also adopted rules for the date of the celebration of Easter and made January 1 the first day of the year.

We must now turn our attention to the determination of the equinoxes, because it lies at the centre of the differences between East and West over the date of Easter. With the Julian calendar, because of the elliptical orbit of the Earth, the length of the day and night in a calendar year varies by up to six hours: when the day is nine hours long, the night is fifteen, and vice versa. But twice a year it happens that day and night both have twelve hours. This is called the equinox. With the Julian calendar, in use at the time of the First Ecumenical Synod, the equinoxes fell on March 21 and September 21, but by the year 1923, they fell on March 8 and September 8. Because the correction of the calendar had occurred at the instigation of the pope, the Orthodox Church insisted on retaining the calculation of the date of Easter as starting with March 20 by the Julian calendar. Western Christianity accepts the same day, but based on the Gregorian calendar. So when people in the West now talk about the vernal equinox, they mean a date thirteen days earlier than in the Julian calendar. If it happens that the (first) full moon after the vernal equinox is the same by both calculations, then the date of Easter is the same. But this occurs only rarely.

It ought also to be said, that the Greeks in Byzantium were the first to point out the imperfections in the Julian calendar and to suggest correcting it. In 1324, the Byzantine scholar Nikiforos Grigoras, who was interested in scientific matters, proposed the correction of the calendar, but this was not accepted “for fear of confusing the unlearned and of dividing the Church”. In 1450, the philosopher G. Plithon-Yemistos drew up a calendar of his own inspiration, which, had it been adopted, would have obviated the need for the Gregorian reform (Alexandre, Académie française).

In accordance with the spirit of the age and because of the danger from the Pope, the Orthodox Church, in 1583 and 1593 (a synod in the reign of Patriarch Ieremias II), rejected the Gregorian calendar (canon 8), because it set aside the decision of the First Ecumenical Synod and the Seventh Apostolic Canon, which forbids the coincidence of Jewish Pesakh and Christian Easter. In the West, the Gregorian calendar gradually became accepted. Britain adopted it in 1752, Sweden in 1753 and Germany in 1776. When the dangers of proselytism appeared to be receding, however, the Orthodox East began to consider the replacement of the Julian calendar. Thus, the Ecumenical Patriarch Anthimos VII, in 1895, expressed his “desire and wish for a unified calendar for all Christian peoples”. The great Patriarch Ioakeim III also took positive steps with his encyclical of 1902. The Church of Greece put the issue to a committee in 1919 and this decided that a change was possible “with the consent of all the autocephalous Churches”. In expectation of agreement, it was decided to remain with the Julian calendar for feasts, but that the state should proceed with the implementation of the “new” calendar, which occurred on March 1, 1923. Practical difficulties, however, led the Church of Greece to accept the new calendar for feasts as well, though this did not affect Easter. The change took place on March 10, 1924, which then became March 23. The Churches of Jerusalem, Russia, Serbia, until recently Bulgaria, and the Holy Mountain have retained the Julian calendar for feasts, but have not broken off ecclesiastical communion with those churches which have accepted the new.

The example of the old Quartodecimans was followed in 1924 by the Old Calendrists in Greece, and thus the “Old Calendrist matter” was created, which has led to a schism, an open wound in the body of the Church in Greece. The point at issue however, was not the change itself, which is demonstrably for the better, but the unifying content of the encyclical (proclamation) of the Ecumenical Patriarch in 1920, which said that it would facilitate Ecumenism “for the swifter celebration of the great Christian feasts by all the Churches”. So the issue took on a clear ecclesiastical dimension, rather than a purely scientific one. The consequences, however, transcend the bounds of this note.

The broad quest on the part of Christians, within the context of the Ecumenical dialogue, for a common celebration of Easter and therefore the adoption of a common, inter-Christian calendar, which has been under discussion in recent decades, will lead to new vicissitudes, especially if the Orthodox side accepts the proposal for a fixed date for the celebration of Easter, thus rejecting the decisions of the First Ecumenical Synod, which are not negotiable for the Orthodox Church.

Extract from the article “Χριστιανική χρονολογία” [Christian dating], in the supplement to the newspaper Eleftherotypia, 4/1/2001, pp. 38-41. 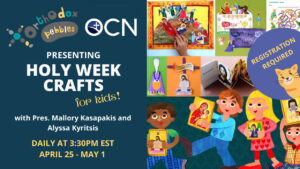 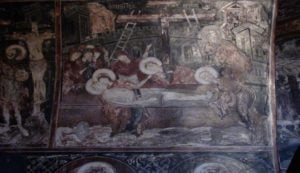 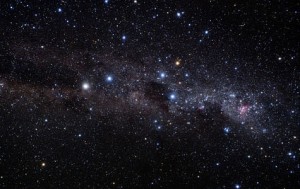 Science and faith meet on the date of Easter 22 April 2019 Science and faith so often are pitted against one another. The polarization does not come from one direction or the other alone, but rather often from both sides. Many scientists claim that faith is simply a blind exercise in futility in which the "believer" seeks to impose some unintended meaning on his life, or to console herself with unprovab... 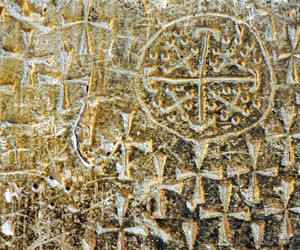 Beyond Pascha 17 April 2017 Forty days of Great Lent having been completed, along with Holy Week, and the Great Feast of Feasts, Pascha, having been marked in the Church, it is very easy to take a deep breath and say, “Now, that’s done!” And with the exhalation we take our leave of a liturgical feast and return to our daily routine and schedule. Just as the modern world has l...