Vagabonds of the love of Christ

In the face of  moralism and psychological outbreaks of purity among the monophysites and duophysites of every age, who want to make every post-lapsarian event into a sin, therefore impure, therefore to be rejected, the awareness of the Church, as this has been expressed by the friends of God, its saints, reveals that God affirmation to us is total and, for this reason is also true. I would say, therefore that the incarnation, as it has come down to us from the whole of our Church tradition but particularly from the Fourth Ecumenical Synod in Chalcedon, is manifested as the great mystery of the Church, from which all the other mysteries derive their existence. God is no longer content to speak and to be, but He Himself, tacitly and ascetically, becomes a human person. The Word becomes flesh. Words become flesh. Love becomes flesh, because a universal body, the person of all the non-persons, the existence of all the non-existent, the presence of all the absent, the refuge for all the harassed. It becomes a locus to deposit any and all fixed ethics, that is moralist values systems, so that the flower can blossom, the ethos of society. It becomes unworthiness, it becomes a stranger, a sojourner, a migrant. It concurs and is humbled, so that slowly and victoriously its inglorious body can be transfigured and transformed into a body of glory[17]. 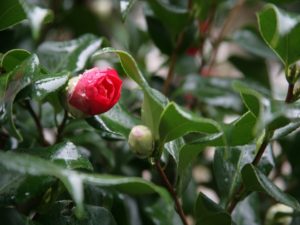 There can be no doubt that this universal love, this universal embrace and transformation constitutes the sole, universal, extremely holistic invitation to the new life, the life of the blessed Kingdom, the ελθέτω (‘May it come’), for which the Eucharistic assembly constantly prays.

All of us people are called upon to participate in this life. Demonstrating, in our inter-personal relations, the catholicity which the incarnation reveals. We’re called upon to become ‘vagabonds of the love of Christ’[18]. We’re called upon to imitate the behaviour of God the Word and to open our relationships beyond the borders posed by criteria of race or races, nation, even religion[19]. In any case, the magnificence of the embrace is revealed where differentiation reigns. The exit from the security provided by the elements of permanence acquires real meaning only when it is a point of contact with the Other, the stranger, the unfamiliar. To receive someone and welcome their relatives is an act of substance which, of course, does not appear to transcend the bounds of compromise and internal regulation. Embracing a stranger, however, someone alien and unknown, demonstrates the true service of ascetic love, the exodus from one’s comfort zone.

[17] See Romanos the Melodos, Hymn on the holy nativity of the Lord: ‘He transformed my poverty by His condescension/ He humbled Himself and raised up my race’.

[19] Elder Sophrony Sakharov writes that Fr. Pinoufrios initially responded with disappointment «What, are we supposed to pray for Catholics, then? They are strangers to us, let us hope that God will save us! But still, he began to pray…» Correspondence with David Balfour. Similarly, Elder Porfyrios, op. cit., p. 394: «Christ has nothing to do with fanaticism. Be a real Christian. Then you’ll not misunderstand anyone but ‘your love will house all things’. Even those of another religion, Christian. That is, you should honour them regardless of religion, and in a polite manner». Now what the attitude of these spiritual people has to do with the mass ‘picturesque’ baptism of migrants in recent years in Greece is another matter altogether, which shows the lack of love, the absence of respect and the manifestation of psychological tendencies of superiority and uniqueness, in a world that is thirsting for respect for distinctiveness and the love of differentiation.