Extreme nationalism never does any good

This evening it has been my pleasure, after accepting the honour of an exceptional invitation, to speak from the chair of the late Archbishop Iakovos. To speak, that is to say, from under the shadow of a radiant person and servant of the Church who was known for the acute perception of his gaze. But also to speak from the chair of a migrant to whom the Ellis Island medal was awarded in 1986, for his creative integration into and contribution to American society[24]. And we all know what Ellis Island was.

I shall end, therefore, with his words, which demonstrate the immediate and imperative need on the part of the modern world, and particularly of the Orthodox Church  and of Theology today, here and now, for this profound responsibility for transforming our behaviour, particularly as regards education and training,  from a place of certainties, power and the development of authority into a land of holy sensitivity, with experiences of creative insecurity  which will bring back to the centre of our immediacy the Biblical experience of the «stranger and pilgrim». 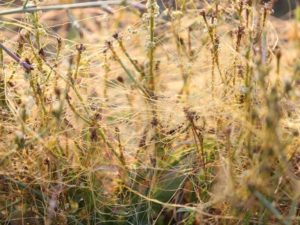 He wrote to Konstantinos Mitsotakis, the then Prime Minister of Greece on 21 February 1991 and revealed the word of truth: «Forgive me for being a self-appointed advisor, but the issue of Minorities has been in my thoughts since I was a child, since I belonged to one. Extreme nationalism never does any good. We will be told this, if they have not already done so, by the European Community, which is leading towards a Pan-European state». And shortly afterwards, on 1 March 1992, on the occasion of an outbreak of violence and racism in Los Angeles, the former president, Ronald Reagan, wrote: «In full and clear view of the flames in the eyes and the hands of the rioters in Los Angeles, the flames which are turning to ashes the noble dream of Martin Luther King, Jr., perhaps because of our national indifference to transforming this dream into reality, with great pain I address myself to you, a former president of our country, and urge you, in unison with your colleagues, to issue an urgent appeal to the Nation to cooperate in putting an end to racism and racial bias, bigotry violence which is menacing the very unity of this Country. This appeal is prompted by a heart that prays for calmness and reason to prevail in our society. A new and inspired effort must be initiated and encouraged by you towards a new depth study of race relations between all members of society, and new legislation that will secure the rights and lives of all citizens, there-by assuring the viability of our democratic principles and values»[25].