The ‘logical’ agenda of secularists

This has led, in the West, at least, to humanists/secularists pushing their own agenda, which is a ‘logical’ (humanist) approach to social issues. A man and a woman love each other and want to marry. No problem. But if a man and a man or a woman and a woman love each other they must also be allowed to marry. It’s only ‘fair’. Men can become priests; women are also people, so they should be able to become priests, too. It may be (though it is highly unlikely) that the Church will adopt these positions, but if it were to do so, it should be on theological and ecclesiological grounds not because of secular or sociological demands.

If this were the worst, then we might say: ‘You go your way and we’ll go ours. Naturally, we’ll continue to pray for you as our brothers and sisters in Christ, but we can’t support your views’. Alas, it’s becoming increasingly clear that the Church isn’t going to be allowed to take this position. We’ve already had instances of Christian bakers and innkeepers being hauled up in court for refusing the custom of homosexuals, on religious grounds. And we’re not talking only of homosexual relations.  There’s the issue of women priests, transgender restrooms and changing-rooms, reduction of the age of consent, and much else besides. ‘Equality trumps everything’. This pressure is only going to intensify. David Cameron, the former Prime Minister of Great Britain and nominally a Christian, pushed legislation on same-sex marriage through Parliament via a- literally- unholy alliance with people who would describe themselves as atheists, but also a sprinkling of supposed Christians. 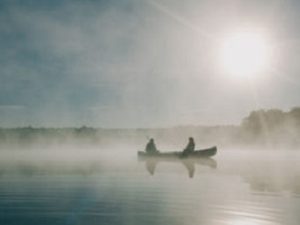 Metropolitan Nikolaos warned that this secular attitude has spread to some members of the Church and I have recent experience to support this. My wife and I know a young woman of whom we’re very fond. Not long ago she invited us to her ‘wedding’ to another young woman. We explained that we continue to wish her well, that we’ll continue to remember her in our prayers, but that we couldn’t approve of such a ceremony. Other people then told us ‘Well, that’s not very Christian’! This is the stuff of Alice through the Looking-Glass: ‘Words mean what I want them to mean’. Presumably they understood ‘Christian’ as a warm, fuzzy feeling of general goodwill. And when an Episcopal priest and political strategist, Elizabeth M. Edman argues that the LGBTQ life-style can revitalize Christianity, she presumably means it may bring more people into denominations which accept it. But we know from experience that Christianity, the Church, is revitalized through faith, not life-style. Faith, initially, in the Gospels. Faith unto martyrdom in the Early Church, under the Turkish occupation of Greece, under Soviet rule in Eastern Europe, under the Nazis, in China and so on. The Church thrives when its members are seen as being different in an attractive way, not when they sink to the level of the lowest common denominator. Mary the Egyptian isn’t a saint because she was licentious, but because she rejected debauchery and engaged in a spiritual struggle, with astonishing results.

To express these views, which, until recently were self-evident and common ground among all Christians, whatever their denominational differences, is to expose oneself to ridicule as an eccentric or a bigot. Or, as I was called recently, a dinosaur.  But how else is one to react when the Washington Post publishes an ed-op entitled ‘Here they are, the “enemies of equality” for LGBT Americans’. It will come as no surprise that these ‘enemies’ are Christians. (Jonathan Capehart, 7 July 2016)

This is not to say that we should be fearful. We’re not obscurantists, so we can point proudly to the scientific achievements of members of the Church. We’re not intellectually inferior, so we can give as good as we get in any argument. But our trump card is that we have everything that the secularists have, plus something more: our spiritual life. And that spiritual life has given us, in the recent past alone, saints such as Saint Luke of the Crimea, Saint Paisios the Athonite, Saint Porfyrios Kavsolkayvitis, Saint Maria Skobtsova and many others. We will have need of their prayers, their teaching and their guidance to strengthen all of us, hierarchy, clergy, monastics and lay people in the difficult times which lie ahead.

Through the prayers of Our Most Holy Lady, the Mother of God, and of all the saints, Lord, have mercy upon us and save us.