A Western World in Need of Christ The western world has entered a period of decadence and decline, departing far from her Christian roots. With the European Union denying the historical and cultural Christian heritage of her member states, a secular based world view reigns dominant. This, together with the mass immigration of peoples from Islamic countries at a time when the birth rates of indigenous peoples are at an all time record low, threatens the very existence of  Western civilization.

The naive would have us believe that we are living in an age of enlightenment, with borders falling, people uniting. They ignore the plight of the Coptic Christians of Egypt whose churches are being burned down in record numbers, young Coptic women being kidnapped and raped, and priests, bishops and anyone identified as Christian being fair game for assaults and murders. They ignore the growing persecution of Christians throughout the Middle East.

The government of Saudi Arabia has been building Islamic centers near university communities throughout the United States and Western Europe. While allegedly pushing for “Islamic rights”, they are wooing young westerners into Islam. While demanding Muslims be allowed their five times a day worship periods in the work place and on campuses, they forbid Jew and Christians the right to build synagogues and churches in Muslim countries.

Political figures throughout Western Europe and the United States have taken to calling anyone who raises a word of alarm as bigoted Islamaphobes,  while ignoring the outright persecution of Christians throughout the Muslim world. It has become commonplace for attacks against Christians in Muslim countries to be written off as the acts of a few extremists, yet we hear no condemnation from imams of the growing discrimination experienced by Christians. If attacks against Christians are simply perpetrated by a few Islamic extremists, why don’t the imams raise their collective voices in decrying the violence of their co-religionists against their Christian neighbors? It is important to remember that Islam cannot be separated from politics. Sharia law, which is constituting the political and social frame of Islamic teaching, is incompatible with Democracy. The Arab Spring is proving this fact with the Islamic unwillingness to allow Coptic Christians the freedom they deserve to practice their faith openly. To compare Islam with Fascism is not too far fetched. Remember, Afghanistan was once a Buddhist nation, and Turkey and the Sudan were Christian nations. Islam makes no room for any form of religion other than Islam. The Western secular view of religion can not survive the growth of a faith that is both a political ideology and a religion.  Nor can we as Christians refuse to share our faith by being complacent. Ministry is not about tickling ears, but tapping souls into awakening to the truth.

Christianity’s decline must be reversed and the only way this can happen is if those who are still practicing Christians become missionaries and give witness to Jesus Christ. Muslim immigrants who’ve moved to this country should not be shunned, or asked to leave our shores. They do, however, deserve the chance to hear the Gospel of Jesus Christ.

The Muslim understanding of Christianity has been tainted by false teachings masquerading as Christian. This false image of Christianity, together with the climate of decadence embraced by a secularized western world, offers nothing to a follower of Islam.  Only a loving witness to the truth that in Christ we have a direct link to a personal God Who loves us and offers something that is life changing and eternal, has the draw that will bring Muslims to Christ.

This article was posted on October 30, 2011 on The Morning Offering which can be found here:  http://morningoffering.blogspot.com/
This article is posted here with permission.
POPULAR
Photo Gallery
The stone bridges of Grevena 3 September 2020 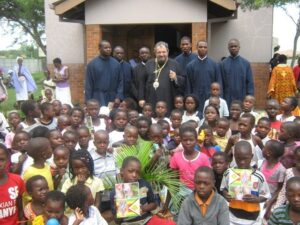 The Sunday of Orthodoxy and Mission 20 March 2021 The Feast of Orthodoxy was established in the ninth century, on the occasion of the victory of the right faith , concerning the human and divine person of Jesus Christ and the honor rendered by us to the saints, through the holy icons. Gradually, however, the feast became more general and acquired particular significance in the sense that it began... 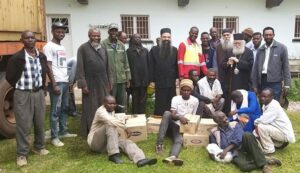 The Other Dimension to Life in the Congo 14 May 2020 As we make our way through the period of the Resurrection, when everything is bathed in the True Light and is fragrant with eternity, here in the depths of Africa, despite all the difficulties, we sense the joy of the Resurrection and feel boundless serenity in our soul. Just as the time of the Pentecostario leaves behind it the period of Holy a... 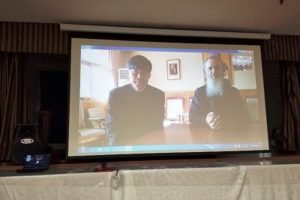 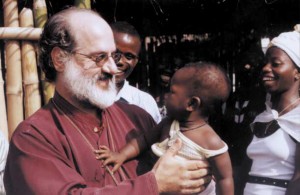 The What Where, When, and Why of Orthodox Missions 11 May 2017   Is missionary work an Orthodox practice? Should our Faith be earned to all peoples of the globe? Can all Orthodox Christians participate in mission work? The answer to each of these questions is a resounding, "Yes!" In this article we will explore the history, methods, and motivation behind Orthodox missions, arriving at the conclusion that not ... 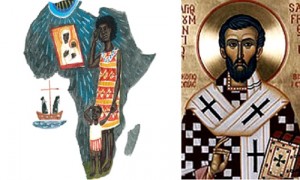 30 November: Saint Frumentios 29 November 2016 The dark continent of Africa made famous two Englishmen named Stanley and Livingston whose exploits have been well chronicled in books and motion pictures, but way back in the fourth century two brothers experienced a saga which by comparison makes the Livingston-Stanley affair seem like a Boy Scout outing in the park. For sheer heroism and glory n...