The Misuse of Oikonomia in the Abortion Question

Since we have determined that abortion cannot be sanctioned by oikonomia for reasons of rape, incest, “defective” fetus or “health” of the mother; and that the application of oikonomia is unnecessary in those cases where the life of the mother is actually in danger, the question which must be asked is: why would any Orthodox Christian, especially someone in a position of doctrinal authority and trust, choose to place a woman in spiritual and physical danger by counseling an abortion using the pretext of oikonomia (or for that matter, any other pretext)?

Such a thing is analogous to deceiving a person with cancer and delaying acceptance of his condition until medical assistance is no longer efficacious. Indeed, the former situation is worse, as it places a woman’s soul as well as her body in danger. Assuming that the counselor is not one who believes in the solutions of the world, (that is, in effect, he will not just say, “Our God is a forgiving God, go and do what you want to do,” then something must be terribly wrong when and if the abortion/oikonomia connection is made. 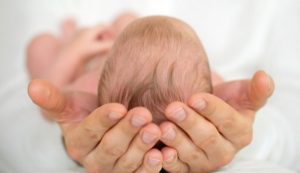 For the only true and valid description of the Church’s position is well summed up in the following statement from Patrinacos’ Dictionary of Greek Orthodoxy:

The Quinisext Ecumenical Council, by its unequivocal branding of abortion as murder and of the pregnant woman and abortionist as murderers (Canon 91), established once and for all the Church’s utter disapproval of the termination of pregnancy by outside human interference. However, in practice, the Orthodox Church has tacitly condoned abortion in cases where the life of the mother is at stake.

The Orthodox Church’s Obligation to Embody and Witness Truth Despite these clear, concise and absolute doctrines, the problem of the demand for and misapplication of oikonomia in the abortion situation still exists. This must then be due to the inability of some, clergy as well as laity, to understand the reality of Christ and the Church. Today, most people equate Christianity with love and compassion which is correct in a limited sense. The real problem arises when many of those same people further equate love and compassion with being “nice” and “kind”; that is, doing and saying things which please people and make them “happy.” Yet, Christ often said things which neither pleased nor made the people to whom He spoke, “happy.” He called St. Peter an agent of Satan when the foremost Apostle attempted to prevent His Passion. He called the Pharisees “whited sepulchers” who “strain at a gnat and swallow a camel.” The Lord said that He had come to “sow strife” and that He brought, not peace, “but a sword.” These are not “nice,” “kind” sentiments according to the wisdom of the world. Did He speak this way because He was heartless, judgmental or lacking in compassion (charges frequently leveled against those who advocate the pro-life cause)? Or did our Lord simply say what had to be said. Is it so much to ask today, where there is only the sadness of personal misfortune rather than the specter of immanent death, that our modern apostles say what has to be said? Do we place so much stock in the World that we exchange momentary relief and comfort for a blood-stained soul to present before the Dread Judgement Seat of Christ? Will the bishop, priest or layman who sends a woman forth to murder her child take her place on the Day of Judgement? Alas, he or she will have need to look to his or her own soul who bears equal and perhaps greater blame when the Lord asks, “What happened to the Child I entrusted unto you?” Have we departed so far from the Narrow Way that we no longer behold the vision of the Judgement? Only such an attitude can explain those knowing the Church’s Truth invoking oikonomia to permit abortion.