Yet, it is not only possible but probable that those Orthodox involved directly or indirectly in abortion are not even aware (!) they are in a state of grievous sin through their involvement. There is a story (possibly apocryphal) of an abortionist who sat for twenty years in the front pew of an Orthodox Church, served on the Church Council and was considered a “pillar” of that community. This was at a time when abortion did not even have the spurious sanction of legality. Therefore, what this man did was not only immoral, but illegal as well.

Then there is the (actual) story of the priest who was called by a woman to go and give Communion to her daughter who was in the hospital for surgery. When he inquired as to the nature of the surgery, the mother told him that she would be undergoing a late-term abortion! What a tragedy that the Church’s doctrines on the sanctity of innocent human life, including the forbidding of abortion and the subsequent consequences of such a sin, had obviously never been taught to those wretched women.

The sad fact is that the Church is not faced with people involved in abortion who recognize their sin and try to hide it. Rather, there exists the frightening reality of people directly involved in or sanctioning and facilitating abortion while participating in the Church who believe that She is indifferent to that involvement. And worse still, most of the time they are correct in that belief. Such a situation is a terrible betrayal by those in authority of Christ and His Church. 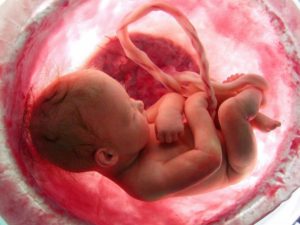 Abortion and Oikonomia: the Final Question

Finally, considering once again the matter of oikonomia and the “hard cases” and aside from the practical suspension of the canons regarding ecclesiastical penance for those who repent and return to the Church, is there any other place for oikonomia in the abortion situation? The answer is no. Where human life is present (unless that life is a direct threat to another life and/or blamelessly comes into danger as efforts are made to save that second life) no action can be taken against the first life no matter what the circumstances of the conception or the predicted quality of life after birth. Any other course is not only un-Christian, it is anti-Christian. It is a total rejection of Christ and everything He taught.

The undeniable fact is that even in cases of rape, incest or of a “defective fetus,” the concept of oikonomia cannot be applied to sanction an abortion because abortion is a violation of the Sixth Commandment and what our Lord called the Second Great Commandment, “Love thy Neighbor as yourself.”

The unborn child is the most helpless of our neighbors and we may not kill him, nor may we allow the woman, also our neighbor, to endanger her mortal body and her precious soul through the sin of abortion. For that which is in the womb is a human being created in the image and likeness of God and under the protection of His Divine Love which is present from the beginning. The facts surrounding his conception or his physical and/or mental condition, do not change his worth in the eyes of God and therefore, we poor weak sinners must cherish and protect his life and at the same time, protect his mother from the snares of the Enemy.

Again, where a woman’s life is threatened during pregnancy, it is permissible to take steps to save her life even when they tragically result in the unintentional death of the child within her womb. Since this has always been the understanding of the Church, there is no need for the application of oikonomia.