A brief life of Saint Paisios

On July 25, 1924, the future Elder Paisios (Eznepidis) was born to  pious parents in the town of Farasa, Cappadocia of Asia Minor. The family’s spiritual father, the priest-monk Arsenios (the now canonized St. Arsenios of Cappadocia), baptized the babe with his own name, prophesying his future profession as a monk. A week after the baptism (and barely a month after his birth) Arsenios was driven, along with his family, out of Asia Minor by the Turks. St. Arsenios guided his flock along their four-hundred-mile trek to Greece. After a number of stops along the way, Arsenios’ family finally ended up in the town of Konitsain Epiros (north-western Greece). St. Arsenios had reposed, as he had prophesied, forty days after their establishment in Greece, and he left as his spiritual heir the infant Arsenios. The young Arsenios was wholly given over to God and spent his free time in the silence of nature, where he would pray for hours on end. Having completed his elementary education, he learned the trade of carpentry. He worked as a carpenter until his mandatory military service. He served in the army during the dangerous days of the end of World War II. Arsenios was brave and self-sacrificing, always desiring to put his own life at risk so as to spare his brother. He was particularly concerned about his fellow soldiers who had left wives and children to serve.

Having completed his obligation to his country, Arsenios received his discharge in 1949 and greatly desired to begin his monastic life on the HolyMountain. Before being able to settle there, however, he had to fulfil his responsibility to his family, to look after his sisters, who were as yet unmarried. Having provided for his sisters’ future, he was free to begin his monastic vocation with a clean conscience. In 1950 he arrived on Mount Athos, where he learned his first lessons in the monastic way from the virtuous ascetic Fr. Kyril (the future abbot of Koutloumousiou Monastery); but he was unable to stay at his side as he had hoped, and so was sent to the Monastery of Esphigmenou. He was a novice there for four years, after which he was tonsured a monk in 1954 with the name Averkios. He was a conscientious monk, finding ways to both complete his obedience (which required contact with others) and to preserve his silence, so as to progress in the art of prayer. He was always selfless in helping his brethren, unwilling to rest while others worked (though he may have already completed his own obedience), as he loved his brothers greatly and without distinction. In addition to his ascetic struggles and the common life in the monastery, he was spiritually enriched through the reading of soul-profiting books. In particular, he read the Lives of the Saints, the Gerontikon, and especially the Ascetical Homilies of St. Isaac the Syrian.

Soon after his tonsure, Monk Averkios left Esphigmenou and joined the (then) idiorrhythmic brotherhood of Philotheou Monastery, where his uncle was a monk. He put himself under obedience to the virtuous Elder Symeon, who gave him the Small Schema in 1956, with new name Paisios. Fr. Paisios dwelt deeply on the thought that his own spiritual failures and lack of love were the cause of his neighbour’s shortcomings, as well as of the world’s ills. He harshly accused himself, pushing himself to greater self-denial and more fervent prayer  for his soul and for the whole world. Furthermore, he cultivated the habit of always seeking the “good reason” for a potentially scandalous event and for people’s actions, and in this way, he preserved himself from judging others. For example, pilgrims to Mount Athoshad been scandalized by the strange behaviour and stories told by a certain monk, and, when they met Elder Paisios, they asked him what was wrong with the monk. He warned them not to judge others, and that this monk was actually virtuous and was simply pretending to be a fool when visitors would come, so as to preserve his silence. In 1958 Elder Paisios was asked to spend some time in and around his home village of Konitsa so as to support the faithful against the proselytism of Protestant groups. He greatly encouraged the faithful there, helping many people. Afterwards, in 1962, he left to visit Sinai where he stayed for two years. During this time he became beloved of the Bedouins, who benefitted both spiritually as well as materially from his presence. The Elder used the money he received from the sale of his carved wooden handicrafts to buy them food. On his return to Mount Athos in 1964, Elder Paisios took up residence at the Skete of Iviron before moving to Katounakia at the southernmost tip of Mount Athos for a short stay in the desert there. The Elder’s failing health may have been part of the reason for his departure from the desert. In 1966, he was operated on and had part of his lungs removed. It was during this time of hospitalization that his long friendship with the then young sisterhood of St. John the Theologian in Souroti, just outside of Thessaloniki, began. During his operation he greatly needed blood and it was then that a group of novices from the monastery donated blood to save him. Elder Paisios was most grateful, and after his revovery did whatever he could, materially and spiritually, to help them build their monastery.

In 1968 he spent time at the Monastery of Stavronikita helping with its spiritual as well as material renovation. While there he had the blessing of being in contact with the ascetic Elder Tychon who lived in the hermitage of the Holy Cross, near Stavronikita. Eldeer Paisios stayed by his side until his repose, serving him selflessly as his disciple. It was during this time that Elder Tychon clothed Fr. Paisios in the Great Schema. According to the wishes of the Elder, Fr. Paisios remained in his hermitage after his repose. He stayed there until 1979, when he moved on to his final home oh the Holy Mountain, the hermitage Panagouda, which belongs to the Monastery of Koutloumousiou. It was here at Panagouda that Elder Paisios’ fame as a God-bearing elder grew, drawing to him the sick and suffering people of God. He received them all day long, dedicating the night to God in prayer, vigil and spiritual struggle. His regime of prayer and ascetiscm left him with which he served God and his fellow man, his strictness with himself, the austerity of his regime, and his sensitive nature made him increasingly prone to sickness. In addition to respiratory problems, in his later days he suffered from a serious hernia that made life very painful. When he was forced to leave the Holy Mountain for various reasons (often due to his illness), he would receive pilgrims for hours on end at the women’s monastery at Souroti, and the physical effort which this entailed in his weakened state caused him such pain that he would turn pale. He bore his suffering with much grace, however, confident that, as God knows what is best for us, it could not be otherwise. He would say that God is greatly touched when someone who is in great suffering does not complain, but rather uses his energy to pray for others. In addition to his other illness he suffered from haemorrhaging which left him very weak. In his final weeks before leaving theHolyMountain, he would often fall unconscious. On October 5, 1993 the Elder left his beloved Holy Mountain for the last time. Though he had planned on being off the mountain for just a few days, while in Thessalonikihe was diagnosed with cancer that needed immediate treatment. After the operation he spent some time recovering in the hospital and was then transferred to the monastery at Souroti. Despite his critical state he received people, listening to their sorrow and counselling them.

After his operation, Elder Paisios had his heart set on returning to Mount Athos. His attempts to do so, however, were hinderer by his failing health. His last days were full of suffering, but also of the joy of the martyrs.

On July 11, 1994, he received Holy Communion for the last time. The next day, Elder Paisios gave his soul into God’s keeping. He was buried, according to his wishes, at the Monastery of St. John the Theologian in Souroti. Elder Paisios, perhaps more than any other contemporary elder, has captured the minds and hearts of Greek people. Many books of his counsels have been published, and the monastery at Souroti has undertaken a great work, organizing the Elder’s writings and counsels into impressive volumes benefitting his memory. Thousands of pilgrims visit his grave each year, so as to receive his blessing. From the book, Precious Vessels of the Holy Spirit: The Lives and Counsels of Contemporary Elders of Greece, Dr. Herman A. Middleton, Dr. Georgios Mantzaridis 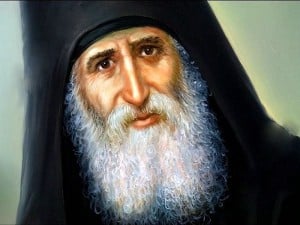 Saint Paisios the Athonite brings solace to every soul 11 July 2022 Elder Païsios has no need of any praise or introduction from us. With his imitation of Christ’s love, he satisfied both God and other people and this is why he’s widely praised in the Church of God. He had the rare gift of being able to bring solace to people of all works of life, irrespective of their level of education or their spiritual state. ... 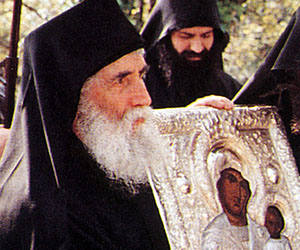 Saint Paisios the Hagiorite (1924-1994) – 2 13 July 2017 At some point, the Cell's door, of the old and poor building, would open and the Elder, who had been inside involved in discipline and heart prayer for the salvation of his soul and the souls of his brothers, would appear. His face was always exhilarated and his attitude cordial. He would receive us and ask us to sit in the "outdoors dorter" on sea... 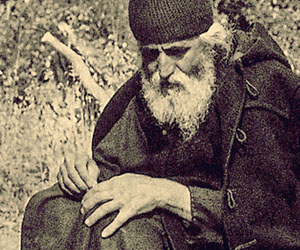 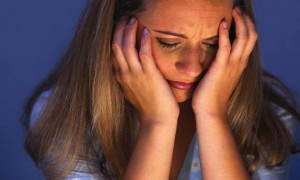 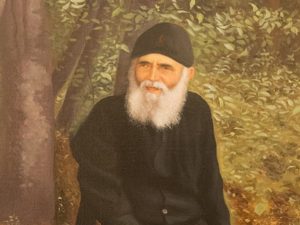