The synthesis and relationship between Greek Orthodox and Russian Orthodox spirituality has for long engaged the scholarly interest both of students of ecclesiastical history as well as of Orthodox Christian believers in general.  Indeed, there was particular mobility and  mutual influence between these two poles of  Orthodox spirituality- Greek and Russian- during the period of Ottoman domination of the Balkan Peninsula. Within this ecclesiastical context, personalities of great spiritual authority arose, who had a positive influence on developments in the life of the Church and on the Orthodox spirituality of their times in general. Two such personalities were the Athonite saints Nifon, Patriarch of Constantinople and Maximos (Maxim) the Greek, enlightener of the Russians, who were linked through a relationship of teacher and pupil respectively. During the preparation work for the presentation (in the academic periodical Γρηγόριος ο Παλαμάς [1], of the Holy Metropolis of Thessaloniki) of the volume: The Holy Monastery of Dionysiou, Saint Nifon, Patriarch of Constantinople 1508-2008), a Festal Volume on the 500th Anniversary of his Repose, Holy Mountain 2008, (p. 494), our interest was stimulated by, among other things, a study included in the book (pp. 198-207) by His Eminence Dimitrios (Kommatas), Metropolitan of Sevasteia, entitled: Saint Nifon as a Voice of the Ecumenicity of the Great Church of Christ [the volume is in Greek].

Our researches then turned to non-Greek encyclopedias, in an attempt to find entries on Saint Nifon. These efforts bore fruit when the presence was detected, in the excellent Russian  encyclopedia Globar, published in Saint Petersburg in 1897,  of a short, though ad hoc, entry on Nifon. In translation the entry says: “Nifon. Patriarch of Constantinople 1488-90, 1499-1500 (sic) [2]. After Nifon’s second election, he was invited by the Prince of Moldo-Wallachia, Radu IV, to guide the Metropolis of Moldo-Wallachia. He assisted the prince greatly in the organization of ecclesiastical and social works and attempted to effect spiritual progress among the leaders and the people. In 1504, Nifon left for the <Holy> Mountain, where he departed this life. The Church of Moldo-Wallachia honours him as a saint. His memory is celebrated on 11 August” [3].

Besides this, there is also a reference (in the festal volume in honour of Saint Nifon and the study Επιγράμματα εις τον Άγιον Νήφωνα (346-359 by Mihaïl, late Metropolitan of Austria and Exarch of Hungary and Central Europe), to the composition by Saint Maxim the Greek [4], during his time at the Monastery of Vatopaidi (1505-16), of three epigrams of high linguistic quality, one funereal and the other two for the reliquary of Saint Nifon. This demonstrates the close spiritual bond between the two holy scholars, who lived together for about three years in the monastery in question: “In the monastery also lived the scholarly former Ecumenical Patriarch Nifon II (1486-9, 1497-8). He was from the Peloponnese and maintained close ties with  Byzantine scholars who lived in the West. The monk Maximos, of course, did not reject experiences acquired in the West, but was unable at that time to arrive at an objective appraisal of the humanists. His discussions with the former Ecumenical Patriarch Nifon helped Maximos to order these experiences and to understand more deeply the sharply anti-Latin outlook of Orthodox monasticism”[5].

So from at least as early as 1897, Patriarch Nifon II was well-known in Russia, on the basis of the encyclopedia entry, which notes that the saint was associated with the restoration of ties with the Orthodox Moldo-Wallachia lands. The same saint was also linked to the promotion of scholarly spiritual men, one of whom was the monk Maxim the Greek. It is clear that, during their three years together in the Monastery of Vatopaidi, he had a serious influence on Maxim (who was later to bring enlightenment and reform to the Church in Russia after the years of Mongol occupation), especially as regards the ecumenical nature of Orthodoxy. This is demonstrated, moreover, by the composition of the epigrams to which we referred above.

All of the above were good reasons to bring to the attention of the Russian academic community and the readership of the faithful in Russia in general the festal volume about  Saint Nifon, Patriarch of Constantinople, through the book presentation mentioned above. The presentation chosen was the study by His Eminence Dimitrios (Kommatas), Metropolitan of Sevasteia, entitled: Saint Nifon as a Voice of the Ecumenicity of the Great Church of Christ, translated into Russian His Eminence analyzed in the round the example of Saint Nifon as ecumenical luminary and teacher, in particular of Maxim the Greek, and especially during their time together at the Monastery of Vatopaidi.

After a comprehensive review and easily-understood, but substantial reference to the conditions which obtained in Orthodoxy, which, in the years immediately following the capture of Constantinople had become centred on the Balkans, he draws the conclusion that in the course of his life (Peloponnese, Epidavros, Krujë in Albania, Ochrid, the Holy Mountain, Thessaloniki, Constantinople, Sozopolis, Wallachia and Bitola, areas now parts of the nations states of Greece, Albania, Bulgaria, Romania and Turkey), Saint Nifon- at least from a geographical point of view- “gave substantial support, and bore on his spiritually broad shoulders the whole [Orthodox] world” (198). In other words, his efforts were ecumenical. His Eminence rightly clarifies the fact that “the content of the term ‘Ecumenical Patriarchate’ is primarily spiritual”, which he supports with the interpretation given to the term by the wise Greek cleric and teacher of the Greek nation Evyenios Voulgaris, who, in 1753 became the principal of the newly-founded (by the Monastery of Vatopaidi) Athonias Academy and in 1776 was elected Archbishop of Slaviansk and Cherson. The Metropolitan of Sevasteia  notes that the fundamental features of this interpretation are well suited to the personality of Saint Nifon in general, since he was: “Ecumenical Patriarch for rich and poor, Orthodox and non-Orthodox, Greeks, Albanians, Vlachs and Ottomans”, and revealed the ecumenicity of Christianity, of Ancient Greek civilization, of Byzantium and of the Great Church of Christ. In particular His Eminence says the saint expresses “the unchained soul of the Ecumenical Patriarch as a symbol of the unity of the Greek nation”. He further explains clearly that there were two causes which went into the shaping of the ecumenical conscience- spiritually understood- of the saint. The first factor was Nikon’s provenance. His father, an advisor to Doukas, came from Dalmatia and his mother, the daughter of a provincial dignitary, was a Greek from the Peloponnese. The other element was Greek education, linked to wider learning and multilingualism. These valuable qualifications did not lead him to form a dry, humanist conscience, which was the norm for scholars of his day.

On the contrary, he utilized them in focusing on the spirit of hesychasm, with the result that he is distinguished  fro his deep knowledge of secular wisdom yet, at the same time, transcendence of it through the acquisition of real knowledge of God. And it was this that he later passed on to his worthy student Maxim the Greek. In concluding, the Metropolitan of Sevasteia aptly points out in his study the definitive importance of all the above factors which, in conjunction with the conditions of the time, prepared the Ecumenical Patriarch, the Ecumenical Teacher and Ecumenical Saint, protector of the throne and the Orthodox world.

[5] Vlasios Feidas, Εκκλησιαστική Ιστορία της Ρωσσίας (988-1988), Αποστολική Διακονία της Εκκλησίας της Ελλάδος, Athens 19974, 207-8. Idem, Μάξιμος ο Γραικός, Σκουφάς 6 (Jul.-Dec. 1980) 306-11, esp. 307. Feidas had earlier stressed that: “His entry into the monastic life (1506), the continuation of his reading and studies in the rich libraries of the Monastery of Vatopedi for a decade (1506-1516), his evolvement in the hesychast spirituality of Athonite monasticism, his realization of the ecumenical nature of Orthodoxy and his general spiritual experience and maturation all went to shape a wonderful personality who thirsted for spiritual activity and ecclesiastical struggles. 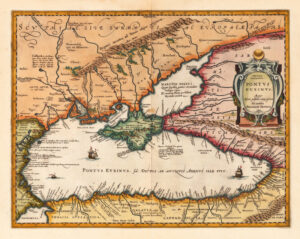 Pontos will Die when the Sun Rises in the West 19 May 2021 What follows is a story about the uprooting of Greeks from their ancestral homeland in Pontos, the Black Sea coastal region. Greeks began trading here in about 1,000 BC, with the first permanent settlements being established some 200 years later. So this region was as much a part of the Greek world as mainland Greece, until the events of the early ... 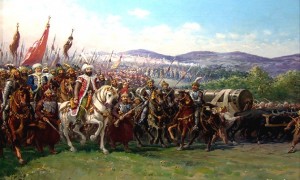 An Ottoman Volunteer Defends Besieged Constantinople (1453) 29 May 2020 At the fall of Constantinople, in 1453, it was not only Greeks pitched against Turks, as  is, perhaps, widely believed, but there was also a good number of foreigners involved. Some of these were forced to fight on the side of the Ottomans, such as an attachment of Serbs sent by the despot of medieval Serbia, Đurađ Branković, who was a subject of t... 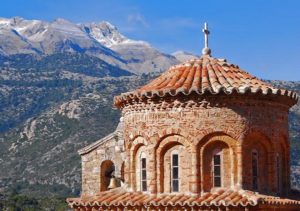 Romiosyni 29 May 2020 Romiosyni isn’t an intellectual ideology, nor it is merely a reference to the past. It’s an authentic and true experience, which many people still live today, since they’re in tune with aparticular attitude to life. This is a way of life radically different from the Frankish model and was lived not only in monasteries and places where ascetics dwe... 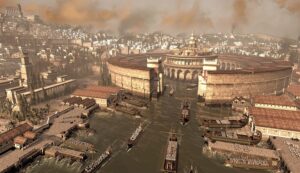 How to Outwit a Proconsul 21 December 2019 Part 2 of an open letter from Tertullian to Scapula, Proconsul of Africa (i.e. the Roman province around Carthage, not the whole continent), who had begun persecuting Christians, sometime soon after August 14, 212 AD (an eclipse visible in Utica is referred to). Tertullian tells Scapula that Christians honor the emperor, as Christ instructed, and ... 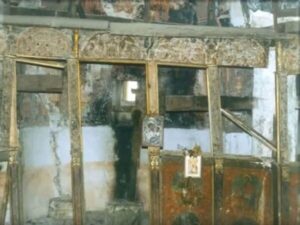 When the ‘Dark Night’ for the Church of Albania Began 18 November 2019 During the years of the harsh dictatorship of Enver Hoxha, Albania became the first officially atheist state in the world, a fact of which all the government functionaries were inordinately proud. Decree no. 4337 of November 13, 1967, marked the start of a dark period during which religious convictions were considered to be the opium of the peop...