The Holy Monastery of Zygos, in Athos

The ruins of the former Hagiorite Monastery of Zygos are situated in the area of Ouranoupolis, almost forty meters outside the boundary with the Holy Mountain. 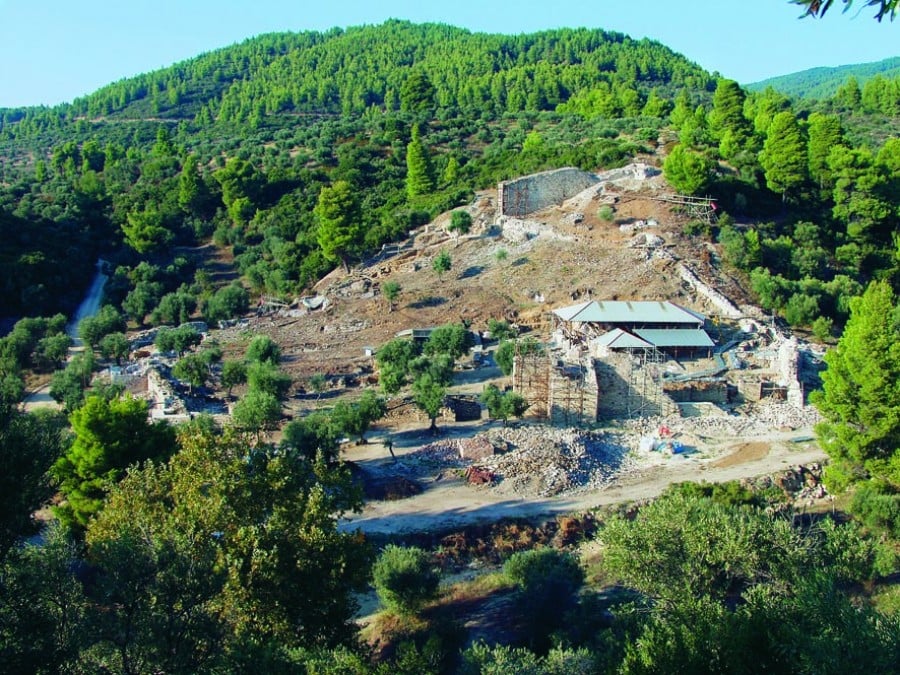 The area named Zygos was first mentioned in a manuscript dated in 942 but there was no explanation as to whether it was a monastery, a village or something else. In 958, Saint Athonite moved to the area to begin his monastic life under the mentorship of an elderly ascetic. By 991 it appears that the Monastery of Zygos must have been established but the first definite reference to it was made in 996. The Monastery was dedicated to the prophet Elijah. 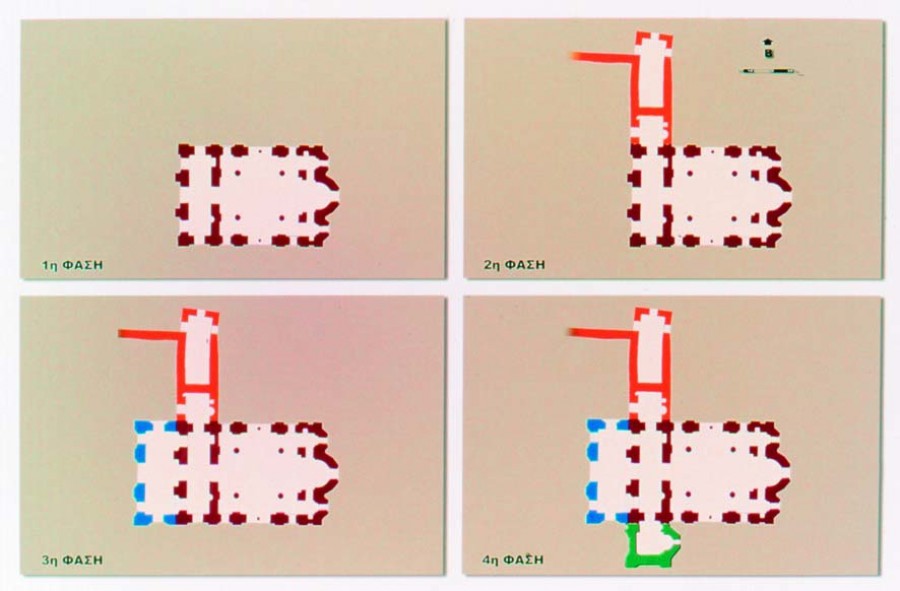 In the eleventh century it ranked among the most important monasteries of Mount Athos, but by 1199 it was desolated. Emperor Alexios III, Angelos, gifted the monastery to the restored Chilandari ceonobium.

In 1206, a French nobleman was staying at Zygos, and along with his soldiers was launching plundering missions against the Holy Mountain. The Pope had ordered him to leave the area around 1211.

Therefore the monastery constitutes a unique example of large Hagiorite institutions whose structure can be studied without any of the latter day alterations. Inside the walls the area measures more that 5, 5 hectares while the walls are reinforced by eleven towers. The castle was built in least five phases, all earlier than 1211.

During the last excavations, it was found that the monastery was built on earlier foundations dating from the 4th-6th century BC. 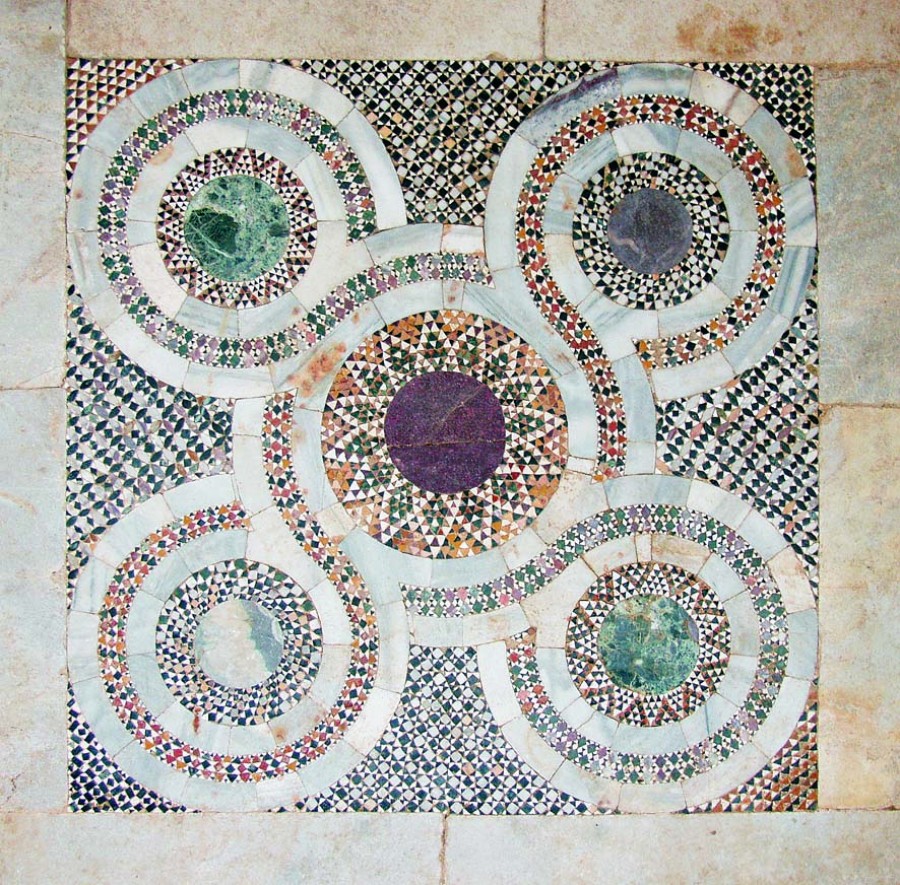 The building involves the old nucleus (western side) which had doubled in size towards the east. The Katholikon, which was established on this extension, begun to be constructed around the first half of the 11th Century, and finished in four distinct phases. First the main church was built as a complex structure on four columns with a narrow narthex. Its maximum external size without the conches was 14,60m x9, 70 m. During the second phase the northern chapel was added together with the tomb of the owner. During the third phase the outer narthex was added and in the fourth the southern single chapel with the dome and its own tomb. Then three official tombs where constructed adjacent to the southern wall of the Katholiko.

The masonry of the church is preserved up to 2-4m high. Its marbled exquisite parts were partly plundered early on and most of what is preserved is broken.

The four columns holding the dome are missing but the marbled aperture of the northern opening of the main church is almost intact. Internally the church was coated with smooth asbestos and was covered in frescoes.

In the narthex, some parts of the large depiction of the Annunciation have been preserved along with dialithos crosses; while on the conch of prothesis of the southern chapel two layers of frescoes have been revealed depicting the same picture: a front facing standing saint, possibly St Nicholas.

The floors of both the Katholikon and the northern chapel are adorned with marbled mosaics which are preserved in an adequate condition and probably date back to the 11th century.

During the 16-17th Centuries when the Katholikon was partly ruined an oil mill was established at the narthex. Another one was built around the same time at a deserted building in the yard, but these ceased to operate by 1858.

The excavations unearthed three lead seals of the 11th century, a book enclosure, a silver- gold plated medal with St Paraskevi engraved on it, a tiny seal- necklace depicting an archangel, glass pieces from a wall frescoes, copper needles, knives, coins of the 11 and 12th century, pottery and other glass containers from the same era.

The restoration and excavations are continuing. 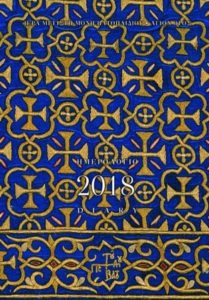 ‘And from Earth to Heaven’, 30 years at Vatopaidi: the Desk Diary for 2018 5 January 2018 By God’s Grace, 30 years have now passed since the Holy and Great Monastery of Vatopaidi returned to the coenobitic way of life. For many of Pemptousia’s readers, this anniversary will not be of any particular significance. And rightly so. Anniversaries usually affect us when we have some experience which links us to the event in question. We were ... 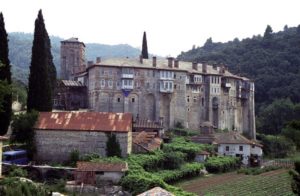 The Holy Monastery of Chilandari (or Chelandari) 25 April 2017 The monastery was founded at the end of the 10th century. In 1198 an imperial edict of Alexios III granted it to the Serbian prince Stephan Nemanja and his son, who had both taken the habit at Vatopaedi as Simeon and Savvas. Since then it has been one of the most important spiritual centres of the Serb nation. The present katholikon, dedicated to... 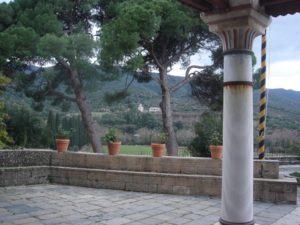 Prosecutor Recommends ‘Not Guilty’ in the Vatopaidi Case 15 December 2016 The Public Prosecutor, Vasiliki Krina, has recommended to the Three-Member Court of Criminal Appeal that all the accused in the case of Vatopaidi be found ‘Not Guilty’. According to the Prosecutor, on the basis of the evidence produced during the two-year proceedings none of the accused is guilty of punishable offences. Indeed, the charges of bad... 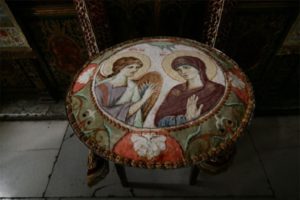 How the monks on the Holy Mountain make kollyva 23 October 2016 Separate memorial services are not held for monks on the Holy Mountain. Together with the kollyva for the Saint, a small saucer of kollyva is prepared for the departed. Abbots over the last 100 years are commemorated, as are priest and monks over the last thirty. Kollyva is made every time an icon is put on display in the church to be venerated. Ev...