B. ORTHODOXY IN THE NEW EUROPEAN CONTEXT

1. Relations between the Orthodox. Dogmatically, we Orthodox emphasize that we belong to the “one, holy catholic and apostolic Church”, that we are this Church. Certainly our Eucharistic conscience, the apostolic succession of our bishops and the structure of the Orthodox Church all guarantee its unity. It must be confessed, however, that every so often issues arise which damage it. On occasion, the situation worsens, not because of different theological positions but for other reasons which are not purely ecclesiastical. Quite a few Orthodox Autocephalous Churches lived in a homogenous setting, where they made up the overwhelming majority of the country (e.g. Greece, Romania and Serbia). An exception was the Ecumenical Patriarchate in Constantinople – which like the other ancient Patriarchates lives and promotes Orthodoxy in the environment of another faith. With recent developments, various Orthodox groups, usually émigrés from Eastern Europe, have moved into Western European countries. So today, the numerous Orthodox parishes resemble islands in the archipelago of Europe.

Various trends have been formed in these conditions: one tends towards the total adaptation and absorption in the mentality of the majority; the other would move towards the creation of a ghetto to preserve the Orthodox identity. Fortunately we have instances, such as, for example, France where we have avoided both the ghetto and absorption.

As Europe has developed culturally, two distinct regions have been formed: united Europe, on the one hand, and those countries which are still on the outside, the greatest political entity among them being Russia. Orthodoxy can be the spiritual bridge that links the whole of the continent of Europe, making the most of the wealth of the spiritual culture which was created both in the West and in the East. Orthodoxy should contribute to the efforts of conciliation, to harmonious co-existence based on respect for particular traditions, in a unity based on reconciled alterity. Of course, we are not alone in this effort. All the Christian Churches of Europe emphasize this obligation.

At the same time, we Orthodox must have the courage to engage in serious self-criticism. The difference we display between theory and practice can sometimes be spectacular. There are many inconsistencies and traumatic situations which call for corrective action. For example, the understanding of the relationship between Orthodoxy and the nation, which many autocephalous Churches consider one and the same. There are also various elements of folk-lore which alter the purity of the traditions and our life of worship, to such an extent that we’re often looking at “baroque Orthodoxy”.

Another delicate subject is the interpretation of the Sacred Canons and their application to modern life. Some people invoke them as the Jews do the Talmud. But the canons indicate a direction of thought and behaviour. They’re pastoral measures- medication aimed at cure and proper guidance for people who are suffering. But the dosage and the ultimate use of the medication is the province of the doctor, in the end the person responsible in the Church, the Bishop, who is “in the model and place of Christ”. There are canons which, in practice, have already fallen into disuse in the conscience of the Church. One canon, for example, forbids, under threat of punishment, any Orthodox clergyman from eating with a Roman Catholic… [“Should a common meal take place with any heterodox, the person eating shall be dismissed with a penance appropriate to the crime, in two or three forty-days”][10]. Another canon states “one should not travel on Sundays unless by necessity or force”[11].

Many people are often distracted by details and they miss the more weighty aspect of the law: “judgement and mercy”. It’s easy for us to hymn Christian love, but we keep it for ourselves, or at most for our nearest and dearest, and are indifferent to others, strangers, people who are different. We extol frugality and humility, but act along the lines of comfort, luxury and arrogance. “Why do you call me ‘Lord, Lord’” Christ would say to us today, “and don’t do as I say” (Luke 6, 46).

2. Our relations with other Christians have been through various stages. Today, we may note two positions. The first reflects a closed way of thinking, suspicious of everyone, which often looks back to the past with negative ideological positions about the present and stresses the risks of contacts with other Christian confessions. The second is expressed by those who believe in encounter and co-operation between Christians. The first group often poses the question: “And what do we have to gain from the West?”. The second suggests that a better way of framing the question would be: “What do we have to offer?”. And certainly we have much in common that we can share. One obvious thing that many Orthodox easily overlook is that the other Europeans didn’t choose, of their own free will, to go into heresy, into the Christian confession to which they belong today, but were simply born in a country where this confession has dominated for centuries. It’s unfair to judge Norwegians in the Lutheran tradition, for example, or Scots Presbyterians for not being Orthodox.

The extreme conservatives claim that our contacts with the heterodox risk an alteration to the Orthodox mind and ethos and that our participation in the ecumenical movement- which they mindlessly call “the pan-heresy”- is a betrayal of Orthodoxy. They find no difficulty in labelling those who disagree with them “heretics”, “ecumenists” (a word foreign to the Greek lexicon, which for centuries has known only “ecumene” and “ecumenical”). Many of us believe, however, that we have a duty to take part in common reflections, offering Orthodox witness [12]. This policy was adopted years ago by the Synods of the Autocephalous Orthodox Churches. I would remind readers of the declarations in Constantinople from Ecumenical Patriarch Vartholomaios and Pope Benedict XVI[13].

The fundamental question is who, in the end, takes the decisions in the Orthodox Church as regards what is feasible and what is heretical? Any old monk or cleric? Because he’s a self-declared representative of the people, without asking them? Perhaps in this way we risk sliding into “Presbyterian Orthodoxy”. But such a thing is not known in Orthodox tradition. The Synod of Bishops has the responsibility of taking decisions on crucial matters and of defining the Orthodox position on each issue.

Clearly there are many theological, ecclesiological and practical problems dividing Christians in Europe. A responsible and systematic discussion will certainly be required on a variety of issues. No-one taking part in inter-Christians relationships has any intention of denying his Orthodox identity or of making compromises on matters of the faith, thus betraying eth Orthodox tradition. In any case, our real contribution isn’t silence or compromise, but serious critical thought, the gift of the treasures of the Orthodox tradition and theology which links today with the age of the apostles.

Generally, at a time when political, scientific cultural and economic forces are promoting the unity of the citizens of Europe, thus supporting peace and security on the continent, it would be tragic if the Orthodox Churches attempted to erect walls between them. Worse than that, it would be a scandal.

Related posts Orthodoxy in the West 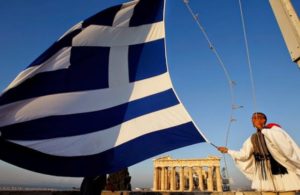 “Molon Lave” and “Oxi” 28 October 2021 Upon hearing the Greek axioms “Molon Lave” (“Come and take them”) and “Oxi” (“No”), every proud Greek is awestruck. He is filled with pride. He admires. He praises his predecessors. He kneels and shows them the honour they deserve. Anyone who studies the two phrases of “Come and take them” and “No”, they see the boldness of these words. In both ca... 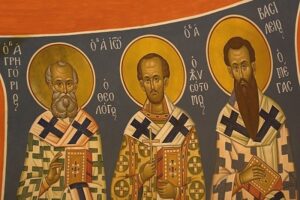 Encyclical for Greek Letters 1 February 2021 May 29, 1453. It is Tuesday. The day when the bright light of the Greek Christian world was covered with the dark veil of obscurantism. The city has fallen. The emperor has turned to stone. Hagia Sophia has been turned into a mosque. The thousand-year-old Byzantine Empire has collapsed. The evil that has befallen the Greeks is indescribable. They ... 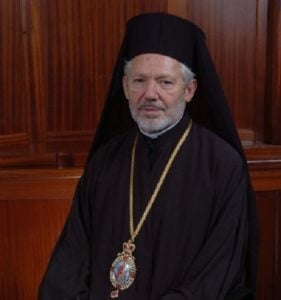 Year 2021 Study the Past – Plan for the Future 4 January 2021 An Encyclical for New Year’s Day Let us sit and talk for a moment. Let us discuss our sorrows and our troubles. Let us reminisce about the days of old, as well as the most recent past. If we could go back 200 years, we would come across the so-called Old Man of the Morea, the Greek General Theodoros Kolokotronis. Let us pay careful attention to w... 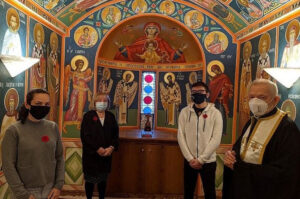 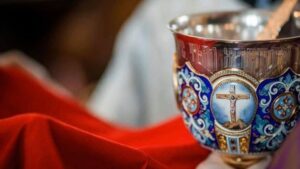 Coronavirus, Christmas and Holy Communion: The Coronavirus Attacks. We Counterattack. 3 December 2020 The coronavirus severely attacked us. It almost managed to close the doors of our churches. Divine Liturgies with only ten (10) or twenty-five (25) Christians are allowed. It is very difficult. We should not accept it. We must go on the offensive and this is how: Twice in the past I had requested in writing that you close examine the baptisms, wed...