Greek Monasticism in the 19th Century [2]

The Decline of Asceticism and Spirituality

The frenzy spread by the demand for “social progress” throughout the nineteenth century diminished the interest in asceticism and the spiritual life. People’s relationship to the Church was limited to “spiritual responsibilities.” Monasticism, under the influence of pathological phenomena that were imposed by the architects of the ethnic life, was marginalized as a parochial historical phenomenon of degeneration and decline that obstructed the progress of society.[xii] 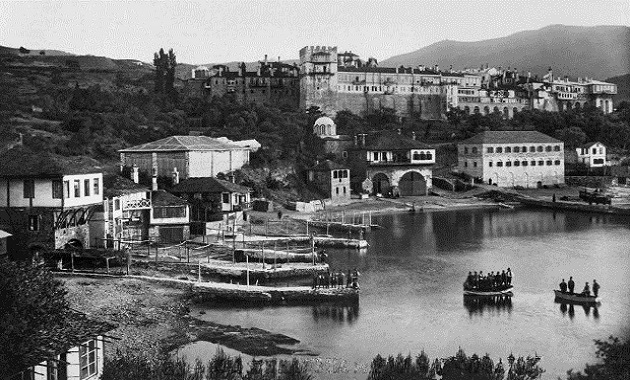 The spirit of secularism entered into the monastic environment itself, with the demand for monastic justification, not as it was, but with a “more active participation” in the life of society and the world.[xiii] The study of our colleague, Mr. Al. Gousidis, emphasizes relevant claims: 1) the nomination of monks into the position of head priest in parish churches (secular conformity). According to certain information, in 1897, within the bounds of the Church of Greece, 242 hieromonks served as parish priests (4.3% of the total parish priest population). 2) The creation of the job of teacher of religion in public schools, autonomous from the ecclesiastical administration and tied into the goals of the political body (demand of secular award).[xiv] The missionary incorporations by Makrakis, which aided other goals and ethnic objectives; they did not, however, add to the continuation of the monastic spirit and asceticism.[xv] On the contrary, they strengthened the general decline of interest for monastic life, as well as the turn back to the world.

These tendencies were aided by academic theology from 1837 on, which regarded theology as an autonomous science, outside of the ecclesiastical experience and the traditional “theological schools” of Orthodoxy, the monasteries. St. Nectarios – and this is where his patristic quality becomes apparent – became a “Saint,” because in the pressure of the age, he insisted on the priority of asceticism and worship, on “another type” of theology than that of the western universities, to which the Greek theological science had adapted from the beginning.[xvi] His university education was, for our Saint, simply one element of the tools he used in his pastoral work; most important were asceticism and the monastic life.

The Condition of Monastic Life

From the middle of the nineteenth century the monastic life, according to one report, was (generally) in decline throughout the Orthodox East, as it succumbed to the spirit of the age. In the east, it followed this path: transformation of the social conditions of the Ottoman Empire,[xvii] the state’s interventions in Greece (1833 and following) as well as in outlying areas (reformations in N. Kouza, 1861, and so on), the binding of the ecclesiastical (monasteries’) holdings, and so on.[xviii] The existing historical references to the monasteries in each place do not avoid noting the decline that was observed during this period, especially in Greece.[xix] The related statutes and the Synodal Encyclicals[xx] that were occasionally sent out reveal the attempt to improve the situation, as well as the attempts of the state to exercise greater control. Monasticism, as an absolute path, has always acted in an inhibitory fashion vis a vis the centrifugal tendencies of the state. The encyclicals at the same time, however, revealed problems that existed.

Characteristic of the path that things took are some official statistical facts: a “Chart of Monasteries” in 1858,[xxi] in the Greek State of the period, notes 152 total monasteries (148 men’s and 4 women’s). The catalogue of monasteries of 1907,[xxii] after the extension of the state to the Eptanisa (1864) and Thessaly (1881), shows 167 male and 10 female monasteries, with a total of 1,743 monastics and 225 monasteries.

Of particular interest, however, is the path of the Holy Mountain, the only constant pole of attraction, and the unmoving mark of reference for the entire Orthodox world, especially during this period, but not only for spiritual reasons! After the departure of the Turkish army (1830), its reorganization began,[xxiii] with the transformation of monasteries into coenobiums. Until 1912 it belonged to the Ottoman State, then it become a part of the Greek State always recognizing, however, the Ecumenical Patriarchate as the highest spiritual authority, which makes up “the most important spiritual head” and the “ecclesiastical embassy…for the other Orthodox churches.”[xxiv]

The census taken in 1846 showed 1,557 monastics, the Exposition of 1883, 5,000 monastics (3,000 of which were Greek). In 1902, 7,522 monastics (of whom 3,207 were Greek) are mentioned.[xxv] An ascending path is noted until 1913 (structural reconstruction, rise in the number of monastic brotherhoods).[xxvi] In 1912, after a long process (1874-1910), the new organization for the administration of the Holy Mountain was approved by a patriarchal synod, and on 10 May 1924, the “Constitution of the Holy Mountain of Athos” was made official with its return to the ancient rule of internal administration.[xxvii] The slowness with which this took place shows the external obstructions that had existed.

The sickness of ethnic rivalries and groups entered the life of the Athonite State during the second half of the nineteenth century. These rivalries were not restricted solely to monastics of foreign ethnicities, but extended to divisions between Greeks,[xxviii] depending on their attitude to those on the outside.[xxix] Pan Slavism and the attempt to diversify the Holy Mountain,[xxx] the reversal in action of the 1872 synodal decision against ethnophylitism,[xxxi] all these things involved the Holy Mountain in unexpected corruptive adventures, which would extend in time, with easy to understand consequences for the path of the monastic life of the entire land.

[xii] Regarding the methods used against monasticism through the notorious “Exposition of the Seven-Member Council,” see Fr. George D. Metallinos’s “Europeanization…,” p. 93 and following.

[xiii] Alex. Gousidis, The Christian Brotherhoods – The Case of the “Zoe” Brotherhood of Theologians, Thessalonica 1989, p. 6.

[xv] Vasilios G. Yioultsis, “Sociological approach to the religious brotherhoods,” in Issues of the Sociology of Orthodoxy, edited by George Mantzaridis, Thessalonica 1975, p. 169 and following.

[xix] See I. K. Moutzouris, Monasticism in Lesvos, Mytilini 1989, p. 83. See also what the Metropolitan of Dimitriados said above in footnote 2. 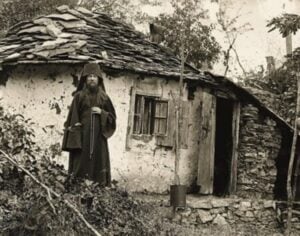 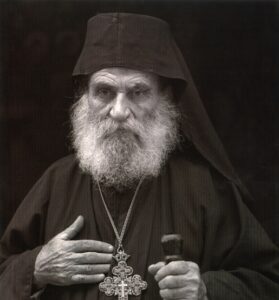 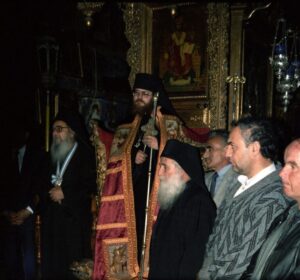 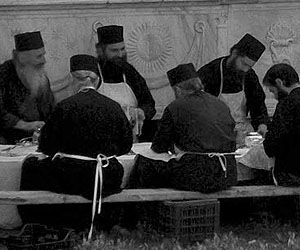