On the End of Great Lent

So, all those who wish to cleanse themselves of the sins of the whole year should first guard against treating food lightly.

Because the fathers say that inattention to food begets all kinds of evil for us. Equally, we must guard against breaking the fast without due cause, against seeking out particularly tasty food and against eating and drinking to satiety.

There are two kinds of gluttony. One is not about eating too much, but being very particular about the food being tasty. People like this eat what pleases them and are defeated by the pleasure involved in doing so. They keep the food in their mouth and savor it for pleasure, rather than swallow it. This is called being a connoisseur. 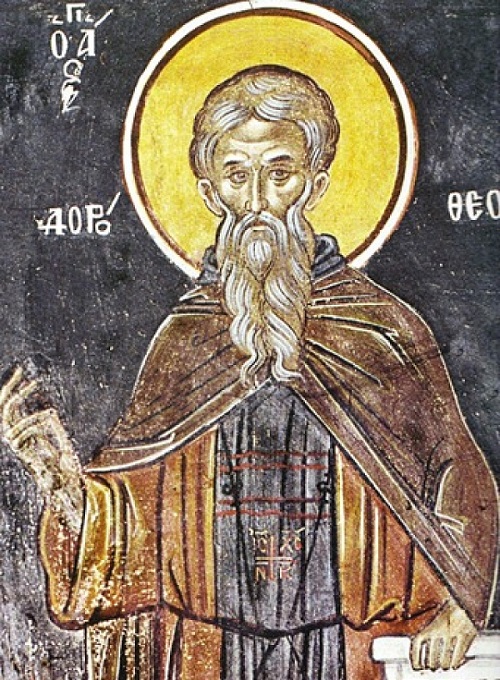 Others eat until they’re full. They aren’t concerned with how good or tasty the food is, so long as there’s plenty of it. They eat only to fill their stomach. This is called gluttony…

These must be avoided assiduously by those who wish to be cleansed of their sins. Otherwise these aren’t serving the needs of the body but arise out of passion. If they’re tolerated, they’ll become sins.

So it is with eating, because eating out of need and eating for pleasure is the same act. Again, it’s the intention that makes the sin.

Eating out of necessity means deciding how much you ingest each day. If you find that what you’ve determined is too much for you, then you should take less. If it’s not enough and you become exhausted and need to add a little, do so. In this way we regulate the amount we eat by trial and error, not in order to give pleasure to the body but to provide it with the nourishment it needs to strengthen it.

And what we eat we should eat with prayer, judging ourselves in our minds as being unworthy of any kind of comfort. We should pay no attention if other people are eating something special- likely because of need  or necessity. We shouldn’t use this to ask for a relaxation for ourselves, nor should we think that doing so wouldn’t be harmful for our soul.

Once when I was in the monastery I went to see one of the Elders- there were many great Elders there- and I found the brother who served him eating with him.

I said to him privately: ‘You know, brother, these Elders that you see eating and relaxing a little are like people who have made heavy purses but have kept on working and putting into the purse until it’s full. And when they’ve sealed it, they still work and earn another thousand coins, so that in time of need they’ll be able to draw on them  and still keep what they’d put aside in the purse. So it is with these Elders. They continue to work and save and then they seal their treasures but still work a little, so that they’ll have something in time of sickness or old age that they can draw upon. But we haven’t yet acquired this purse, so what will we spend?’.

As I was saying, even if we take food because of necessity, we ought to judge ourselves unworthy of any relaxation of the rules and not eat with license. Then it won’t be a charge against us.

Enough about restraining our appetite. By the same token, we mustn’t simply keep an eye on our diet, but must refrain from all other sin. As our stomach keeps the fast, so, too, should our tongue, abstaining from calumny, from lying, from idle talk, from mockery, from anger and, indeed, from every sin that occurs through it.

In the same way, let our eyes keep the fast and not look upon trivialities; let’s keep our eyes to ourselves and not look at anyone rudely. Similarly, let’s prevent our hands and feet from every wicked thing.

Saint Basil says that fasting in this way is an acceptable fast. Having abstained from every wickedness aroused in us by the senses, let us  come to the holy day of the Resurrection, as we’ve already said, renewed, cleansed and worthy to receive the holy sacraments, having first gone out to meet  our Lord and having welcomed him with palms and olive branches, he being seated on a colt and entering the holy city.

What is this about sitting on a colt?

According to the prophet [Ps. 48, 20] the Son of God sat on a colt in order to convert the irrational soul, which had become like senseless animals, and to subject it to his own divinity.

And what does it mean to go out to meet him with palms and olive branches?

When people march out to war against their foes, and return triumphant, all the other people welcome them with palms, because they’re the symbol of victory.

Again, if people have been injured and want to go to a judge to have the matter heard, they carry an olive branch, crying aloud and asking for mercy and help. Because the olive is the symbol of mercy [Basil the Great PG. 3, 196 D].

This is why we greet our Lord Christ with palms, as a victor, because he defeated the enemy for us; and with olive branches because we’re petitioners for his mercy.

So that, just as he triumphed for us, so may we triumph through him and bear the symbols of his victory.

Not only of the victory which he won for us, but also that which we gained through him, by the prayers of all the saints. Amen.