Saint Païsios: The Humility of a Priest who Performed Miracles

In Jordan there was a very simple priest who performed miracles. He’d read prayers over people and animals that were sick in some way and they’d recover.

Muslims went to him as well, if they had a health problem, and he’d cure them.

Before he served the Liturgy, he’d drink a herbal tea and nibble on a little toasted bread.

Then he wouldn’t eat anything for the rest of the day. 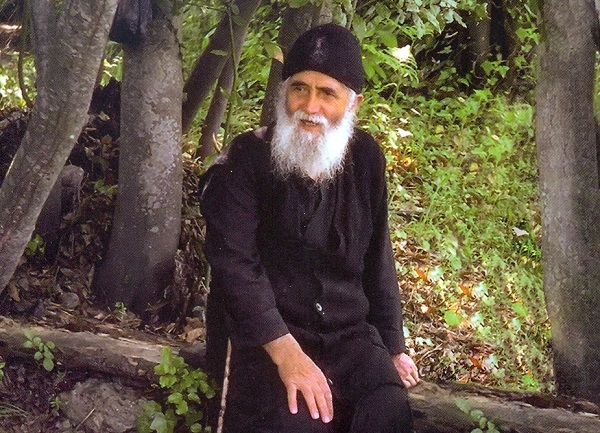 The Patriarch heard that he ate before the Divine Liturgy and called him in to the Patriarchate.

He went, though he didn’t know why he’d been called. While he was waiting for the Patriarch to call him, he sat with some others in a room. It was very hot and they had the blinds closed, but a ray of light came in through a hole. He thought it was a line of rope and, because he was sweating, he took off his cassock and threw it over the ray of light.

When the others in the room saw this, they were totally astonished. They went and told the Patriarch:

‘That priest who snacks before the Divine Liturgy has just thrown his cassock over a ray of light!’

The Patriarch called him in to his office and started asking him: ‘How are you? How are things? Do you ever celebrate the Liturgy? How do you prepare for the Divine Liturgy?’

‘Well, I read the Matins service, I do some prostrations, then I make something to drink, I have a little snack and then I serve the Liturgy’.

‘Why do you do this?’ asked the Patriarch.

‘If I eat a little before the Liturgy’, he said, ‘ when I finish the chalice, Christ’s on top. But if

I eat after the Divine Liturgy, Christ’s underneath’.

He did it for the best of reasons. The Patriarch told him: ‘No, that’s not right. First finish the chalice, then have something to eat’.

He made a prostration and accepted it. I mean, even though he’d reached a state where he was performing miracles, he just accepted it. He had no will of his own.

He might have thought ‘I read prayers for sick people and animals and they get well. I perform miracles. What’s he talking about? The way I see it, it’s better because otherwise, the food goes on top of Christ’.