Saint Justin Popović, the ‘Evangelist’ of the Mystery of the Annunciation

Saint Justin (Popović) was born on March 25, 1894, the Feast of the Annunciation of the Mother of God, in the town of Vranje in Southern Serbia, to devout parents, Father Spiridon and Tashe (Anastasia). At his baptism, in the church of the Annunciation, he was given the name Blagoje (semantically linked in Slavonic to the word for ‘Annunciation’). The ‘evangelist’* Blagoje experienced and practiced his ascetic life in the great mystery of the Annunciation, the good news of the incarnation of the Lord, from 1894 until the Feast of the Annunciation 1979, when he entered into eternal life. His surname, Popović, means ‘son of a priest’ and indicates that his father’s family was traditionally linked to the clergy, having given the Orthodox Church at least seven priests. Even as a young child, he would often visit Saint Prohor Pčinjski the Wonder-Worker in the monastery in the nearby village of Klenike, where he witnessed miracles performed by the saint’s relics and, as he himself later related, was an eye-witness, in 1929, to the cure of his mother, who had been suffering from a serious illness. By his devout mother he was taught the Orthodox practice of devotion, prayer and fasting.

A second source of devotion for young Blagoje was reading the Gospel from the time he was fourteen years old, and also the ascetic life he led until his dying day. From that time on, he made it a rule for himself to study 3 chapters of the New Testament on a daily basis and he continued this practice until the end of his life. From an early age he asked himself how he was to gain eternal life. As he matured spiritually, he lived and breathed the air of the Holy Scriptures. 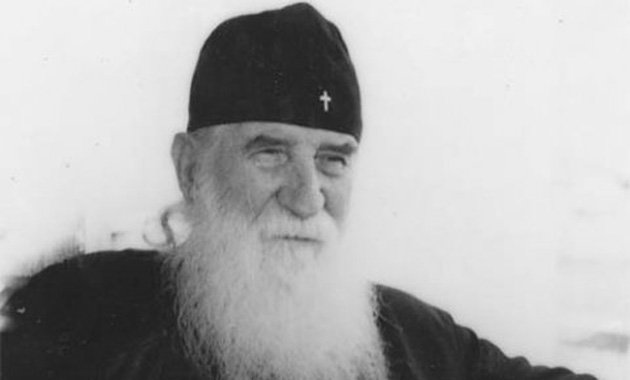 A third source of divine inspiration for him was reading the Lives of the saints and, later, the works of the Holy Fathers of the Church. God’s saints, who are a living likeness of Christ, were his constant and daily guides and teachers. This is why he noted: ‘Christians today can become true Christians only if they’re guided on a daily basis by God’s saints’. He was particularly fond of Saint John Chrysostom, to whom he prayed continuously with childlike sincerity and sweetness. He gave himself completely to Christ, with the holy fathers as sure guides, as well as God’s saints, of whom he later wrote lives and described their struggles and their God-given Orthodox philosophy and theology.

When, in 1905, Blagoje had completed his four years in Primary School, as an excellent pupil, he then began nine years of study at Saint Sava’s in Belgrade. The entrance exams were difficult, but he passed with top marks, and he continued to be an excellent student throughout his time there. He was fortunate to have as a teacher the enlightened Saint Nikolaj Velimirović, who was then a hieromonk and professor of philosophy and theology. Over the course of his studies, young Blagoje took part in student societies and the spiritual/philosophical fraternity which aided his spiritual development and his acquisition of an education in the Orthodox faith and devotion. Young Blagoje was a leading light in these philosophical circles because of his eloquence, his rectitude, his undaunted resolution, his familiarity with the bibliography of his subjects and the problems associated therewith. In particular, he studied the works of Dostoevsky, where he identified nihilism and the self-centredness of human wisdom in the absence of Christ. Following the example of the holy Fathers, Saint Justin trod his own path, carefully sifting through worldly wisdom. He studied the works of ancient Greece, modern European and Slav philosophy, and had a feeling for and knowledge of the mysteries of the human soul, ‘the burning crossroads of the human soul and thought’, as he put it, all the while remaining a faithful and constant adherent of the true wisdom of Christ. From the beginning of his life he trod the saving path of the truth which leads to and allows us to enter into eternal life, that is Jesus Christ, both God and human. He lit a fervent love for the Lord which inflamed his heart and remained unextinguished to his last breath.

*In Greek, the root ‘evanghel-‘ gives the words ‘Gospel’, ‘Evangelist’, ‘Annunciation’ and the name ‘Evanghelos’ (=Blagoje). The author makes much of these common semantic links, but, alas, it is not possible to do so in English.