‘Make haste to deliver us…’

‘Make haste to deliver us from the multitude of our sins’. Writing in an inspired state of mind, the hymnographer- who represents all the faithful- recognizes the vast number of his sins and transgressions. He’s well aware of the condition of this world which has fallen into sin. And the more the grace of God increases within him, the more profound is the sense of the inner hell in which he’s being tossed about. God gives him eyes to allow him to see what the blindness of sin prevents him from seeing. This is similar to what the great apostle Paul says when he writes, in the Spirit: ‘Christ came to save sinners of whom I am first’. This is the supreme example of the grace he’d been given: not only to feel that he was a sinner, but that he was first on the scale of sinners. God gave him the chance to ‘touch’ the virtue of virtues, humility itself. It’s no coincidence that, as Saint Sophrony in Essex relates, the Lord himself told Saint Silouan the Athonite that, if he wanted to overcome all forms of temptation he should keep his mind in hell and not despair. 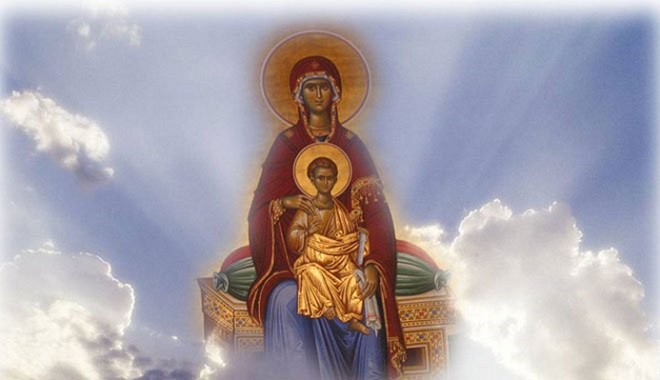 And the above grace is a check on worldly reality, that is the reality of a world separated greatly from God. Precisely because of the excision of God from our life, or at least the marginalization of him, we’ve become convinced that everything’s fine, that we’re good, that sin’s an invention of priests and monastics. And if we actually do any good work, we think we’re God himself. So we shouldn’t be surprised when we’re constantly faced with the symptoms resulting from this: sorrow, worry, stress, absence of meaning, and spiritual suffocation. This, unfortunately, is the lot of people who are without God, of those who never ponder anything deeper in their lives. They experience hell even in this life while, perversely, being filled with the sense of their greatness and importance.

To return to our theme, the poet takes as the starting-point of his spiritual life the recognition of his sinfulness and the perdition into which he’s been brought. But, of course, he doesn’t remain there. He goes on to the second part of saving repentance: the fervent and urgent appeal to Christ and his all-holy Mother: ‘Make haste… do not turn your face from us…’. As we all know from our Orthodox tradition, any appeal to the Mother of God is an appeal to Christ himself. In her face and person, we recognize the Lord himself, and we feel his grace. Like the prodigal in the well-known parable, who after recognizing his wretched state, took the decision to return home. ‘I will arise and go to my father’. We can see true repentance in this dramatic turn to Christ, and, therefore, the salvation it brings to us as a living relationship with him.

The supplicatory canons to the Mother of God always invite us to do this: to recognize our wretchedness and folly but not to dwell on them. Our soul and the whole of our psychosomatic being should incline with positive force ‘to him who alone is able to save’ and to her who loves us in the same way as he does and who wants our salvation as much as he does. ‘Most Holy Lady, save us’.