The Repose of Father Job (Miracles of Saint Joseph the Hesychast)

In 1978 when I was at Philotheou Monastery, Father Job passed away. He was a good disciple of mine. Soon afterwards we had an all-night vigil for St. John the Forerunner. I have a soft spot for him, because I was born on his Nativity and was named after him. During this vigil, I felt St. Johns living presence tangibly. After celebrating his vigil with great joy,

I went to rest, and in my sleep I saw the following vision:

I saw that I left Philotheou along with Father Job and his guardian angel. We went to Geronda who was at our huts in the wilderness of the Small Skete of St. Anne. WEen we arrived, I felt as if I had perspired on the way, so I went into my own hut to change my undershirt. Meanwhile, the angel took Father Job to Geronda, who was in his own hut. 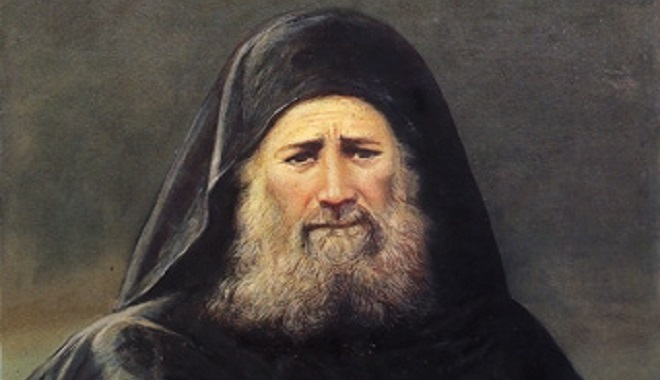 After I had changed, I left my hut and went to do a prostration to Geronda and to tell him that we had brought Father Job. Since it was night, Geronda was keeping vigil inside his hut. When I entered his hut, I saw him sitting in his usual place. Beside him was Gero-Arsenios, and behind Geronda were other people. I did a prostration to him, and after kissing his hand, I put it on my mouth, my forehead, and both of my eyes as a bless- ig. I said, “Geronda Arsenios, can I do a prostration to you, too?” “No, don’t do a prostration to me. You did one to Geronda; [don’t need one.”

“It doesn’t matter,” I replied. “I’ll do a prostration to you, too.” Then I began to speak with Geronda with my soul. We were Communicating in a very mystical manner. Perhaps that is iow people will communicate in the other world. I said to him, ieronda, where is Father Job?”

“He is inside. In the special room.”

“Is his angel with him?”

“Yes, they are together.”

“Geronda, did they make it through?”

After saying this, I came to myself. I woke up and felt so won- • derful and so spiritually happy with so much bliss that I can’t describe it. In both body and soul I was in a state of spiritual delight, full of God’s grace. This state was a confirmation and proof that the vision was from God and that Father Job really did make it to heaven.

From this we see that Geronda protects and enlightens us with his prayers. He is waiting for each one of us so that he can prepare a place for us in heaven, next to his own place that he has inherited from God as a reward for his ascetical labors. In this way, all of us—his spiritual children, grandchildren, and great-grandchildren—will constitute a brotherhood, a “monastery”[1] in the Kingdom of God.

1. The word for “monastery” in Greek (μονή) is the same word used in John 14:2 when Christ said, “In my Father’s house are many mansions (μοναί).”