Some Thoughts on the Triodio

(or… as the shepherd separates the sheep from the goats)

Many people, in the past as well as today, deny any metaphysical version of our life in a state of Paradise (perfect well-being) or hell (the torment of utter, permanent solitude) and laugh at the folk-art engravings which depict hell as a ‘locus’ of fire and bodily torments and Paradise as a ‘garden’ with a freshly-mown lawn and lots of flowers where idle morons, full of the virtues, stroll about. They claim that such things don’t exist and that therefore ‘here is Paradise and hell’s here, too’. 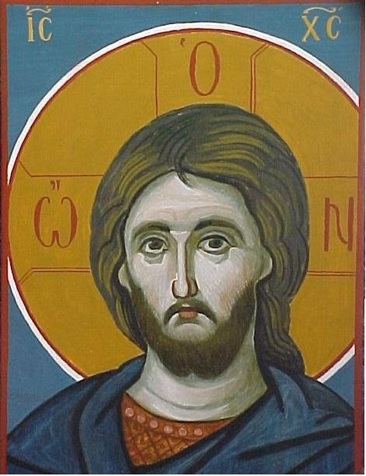 But let’s look at the song in detail

In chapter 25 of the Gospel according to Saint Matthew, Christ describes our relationship to God in three images.

In the introductory, first one (25, 1-13), the well-known parable of the Ten Virgins, he poses the issue of not merely theoretical desire for a meeting with our Creator/Bridegroom (‘they went out to meet the bridegroom’), but also the matter of proper preparation for the meeting (‘oil… in the vessels’). Waiting isn’t enough by itself; you have to have whatever you need for the meeting so as not to appear thoughtless (‘the foolish virgins’). So the initial requirement is that you be prepared for a sudden invitation/meeting.

The second image (25, 14-30) describes the mystery of God’s genome, since He gives one person five talents, a second two and to the third He gives one. No-one knows why they have these talents or where they’ve come from. But for Christ, the important thing is not how much you have but what you do with it. Here, too, we have two attitudes or approaches. Some work hard to increase what they were given (five to ten, two to four) and some close in on themselves and bury their gifts in the recesses of their egotism. The outcome for the former is ‘enter into the joy of your Lord’, while for the latter ‘the outer darkness’ awaits.

So we come to the third and final image (25, 31-46) in which the framework of the relationship is expressed dynamically and unilaterally: ‘in his glory’ and ‘on the throne of his glory’. Christ comes as the rising Sun. This is an act of life-giving dynamism, regardless of the choices and wishes of people and creatures. Under the gaze and in the light of Christ, the true Sun of Righteousness, ‘all the nations… will be gathered’.

By its presence and light the physical sun reveals what, in the darkness which preceded it, is present in the minds and eyes of many people who are disordered and confused in their thinking. By His glorious presence, Christ ‘separates’ people ‘as the shepherd does the sheep from the goats’. He doesn’t make sheep and goats. They’re what He finds. His presence simply clarifies the qualitative difference between them. What, until Christ’s presence, was confused, unclear and mixed up (good with bad, pain and kindness, tears and cruelty, death and wellness, the general scandal of our world) is now accorded its rightful, permanent and clear place.

Eternity isn’t something. It’s SOMEONE. It’s Christ. Life is Christ. And life after death is the relationship with Him. But there’s a relationship of love arising from likeness and a relationship of revulsion which comes from self-love. He loves everyone, permanently and enduringly, with the same intensity. Our Lady, the devil and all of us equally.

The quality of our relationship with Him depends upon us. It depends on the sacrifices we’re prepared to make to acquire ‘oil’ for the vessel of our being. It depends on our efforts to double the talent He gave us. It depends on the love we’ve gained by cultivating the virtues which His will has shown us so that we can learn to love. He is love. If we imitate His ways and keep His commandments, we acquire love and so become like Him. We become His children. Our encounter with Him is beyond anything the human mind can conceive. Paradise is this relationship. But all this effort starts now. “Here is Paradise…’.

Christ addresses the same ‘questionnaire’ to both groups of people: Did you take care of the hungry and thirsty, the stranger, the outsider, the naked, the sick and the imprisoned? Christ identified with all of these. Those who have worked at observing the commandments (fasting and restraint not as worthy achievements in themselves but as a way of liberation from selfishness so that, through them, prayer becomes a relationship of participation in the love of Christ) have emerged into the broad reaches of God’s love and have acquired selfless love. They answer the questionnaire with the happiness and joy of meeting a person they know well. Christ’s presence has become the permanent source of ever-increasing happiness. We can’t get enough of the light.

The auto-erotic view of those who are closed off in the delusion of egotistical, self-sufficient love, so that they needn’t lose, sacrifice or spend themselves, makes it impossible for them to respond to Christ’s love on the Cross. On the contrary, His presence aggravates them because they see Him as someone who steals the ashes of their extinguished and cold love for themselves. So for them, Christ becomes ‘inexpressible pain’. This is hell, which is a thousand times worse than that depicted in naïve, popular lithographs with images of fire and stench. The ‘outer darkness’ mentioned in the Gospel is the ‘fire’ of the existential, eternal torment of being enclosed in absolute, permanent isolation, as we said. It’s not a furnace. But when other people are no more than an exploitable opportunity (professional, erotic or social) then we’ve set out on the path to hell. Like Paradise, hell ‘is here’.

Every day the sun comes out for everybody. If, however, I’ve clawed my own eyes out, I won’t see it; there’ll just be darkness. But He didn’t arrange this; it was my own choice.

Sin destroys the chance of participation in the love of God, because through sin (spiritual or bodily) we’re caged within ourselves. Sin isn’t the fear of the elderly in the face of the unknowns of death, but an existential disability which deprives each person of the opportunity of tasting the Lord’s goodness.

We should correct the folk song to ‘Here begins Paradise and hell’s here, too’. Christ doesn’t send anyone to hell. We ourselves choose to live far from Him.

My brothers and sisters,

Let’s make Christ and His will (which is what secures us) the center and way of our life.

Let’s strive to emerge from the shell of our egotism and learn to love.

Let’s look forward to the magnificent prospect of meeting Him. In the short term, at the

Easter which is approaching. In the long term, in the arms of Him Who is THE LAND OF THE LIVING.

With love and blessings
Your parish priest
Fr. Theodosios