The Death of God and the Transfiguration of Man 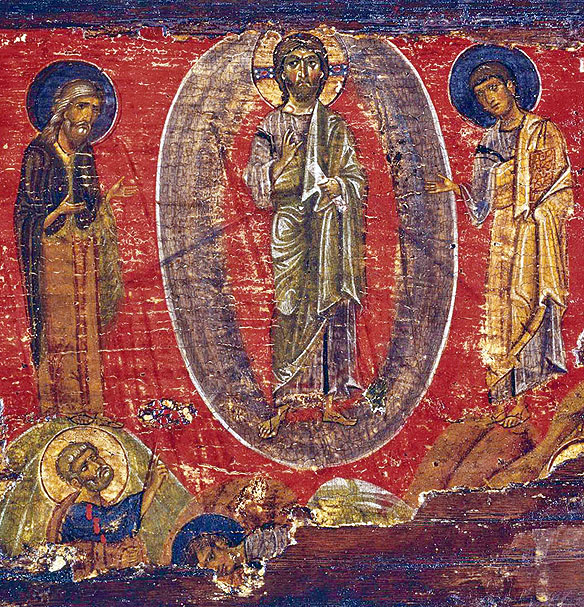 The story of our creation in Genesis is interrupted. The Divine Council says, “Let us make man in our own image,” and the work begins. But man’s creation is not like the creation of anything else. For the stars and trees, the earth and the sky, God says, “Let there be…!” And so it is. God looks at what He has made and declares, “It is good.” But for man, there is the discussion, “Let us make…” There is the formation from clay and the breathing of life. But God does not stand back, look at man and say, “It is good.” Indeed, God stands back, looks at man and says, “It is not good…”

The first “not good” in all creation is man alone. “It is not good for man to be alone.” This is followed by a parade of animals being brought to the man, “But there was not found a helper that was fit for him.”

The first answer is found in the creation of woman, “bone of my bone and flesh of my flesh.” The man who is no good alone is now not alone. But it is not the final good. The creation of man, male and female, is derailed and goes awry. Placed in the Garden, they are warned not to eat of a certain tree, “For in the day that you eat of it, you will surely die.” St. Athanasius says that this death comes about as the result of Adam and Eve’s refusal to live according to the likeness of God. We fall back towards the nothingness from which we were made. Sin is the disruption of man’s creation.

But the creation story continues for there is a Second Adam, a New Creation. And it is in the New Man that the prophecy, “In the day you eat of it you will surely die,” is fulfilled. For the provision of death was not God’s plan for the punishment or destruction of the wicked. The original counsel of God remains, “Let us make man in our own image.” But it is in Christ, God made man, that the original direction and form of man is accomplished.

We must note, however, that the work of man’s creation is not accomplished in the fact of the Incarnation. It is not until the Cross, and the moment of His death that Christ says, “It is finished!” For it is in the fulfillment of the prophetic warning that the Divine Irony, the image and likeness of God-in-man is accomplished. In Christ’s death we find true life. And it is in conformity with the death of Christ that humanity finds its true image.

I am crucified with Christ, nevertheless I live, yet not I, but Christ lives in me.

It is not our intellect, nor moral perfection…it is not our rationality or creativity that make us like God. His likeness is accomplished in our daily death when it is embraced in love with trusting faith in the death of Christ – the Death that tramples down death by death and unites us with the life that will never die.

The Transfiguration of Christ, celebrated on August 6, is a feast in which the re-creation of man is shown forth.

On the Mountain Thou wast Transfigured, O Christ God,
And Thy disciples beheld Thy glory as far as they could see it;
So that when they would behold Thee crucified,
They would understand that Thy suffering was voluntary,
And would proclaim to the world,
That Thou art truly the Radiance of the Father!

The transfiguration of man is realized in our union with Christ’s death and resurrection. It is there we can say, “It is finished!” It is there that we can hear the Divine affirmation, “It is good!”