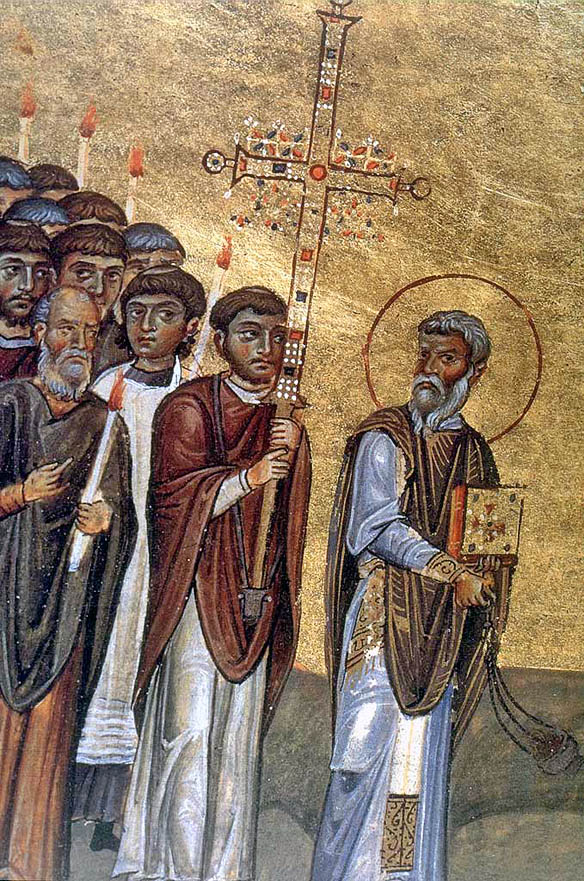 Over the centuries preachers and hymnographers have declared that the shedding of a single drop of Christ’s blood – una stilla, wrote St. Thomas Aquinas – would have sufficed for our Redemption. It is important, I believe, to bear in mind the metaphorical and poetic quality of this image. Though it serves to emphasize the excellence of the Lord’s precious blood, the image should not suggest something quantitative about the price of our Redemption.

Nor should this image suggest that God could have redeemed us in some way other than the way He did, in fact, redeem us. Concerning our Redemption, sound Theology limits itself to what God has revealed. Hypothesis is no proper path to Theology.

Nor does it suffice to speak, as one theologian does, “of God’s free determination that certain definite acts of the Son of God made Man should be the deathblow to Satan’s power.” Such an account of Redemption fails to address the role of divine wisdom in the means whereby God chose to reconcile us to Himself. God’s choice of the Cross was not arbitrary; it was an expression of divine wisdom.

With respect to the Cross, we observe, St. Paul refused to separate God’s power from His wisdom:

For since, in the wisdom of God, the world did not know God through wisdom, it pleased God through the folly of the preached word to save those who believe. . . . But we preach Christ crucified, . . . Christ the power of God and the wisdom of God (1 Corinthians 1:21-24).

The wisdom-basis of God’s choice of the Cross does not imply, on the other hand, that our rules of logic are capable of explaining the why of the Cross. Two considerations are in order here:

First, God’s redemptive counsel of God is a mystery in the strict sense. It does not conform to any humanly intelligible theory. Like Creation and the Exodus, it is God’s act. “God was in Christ,” says the Apostle, “reconciling the world to Himself” (2 Corinthians 5:19). If our Redemption was the act of God, then no created being can take its measure. No theory can account for it.

Second, God’s plan for our Redemption included His purpose to deceive spirits far more intelligent than ourselves. That is to say, the Almighty had in mind that the means chosen for our Redemption should not be understood. If He disguised it from the gaze of angelic spirits, there is surely no way for us mortals to grasp it.

What the revealing Scriptures do disclose on this point is that Redemption involved a struggle, an agonia, ensuing in a victory. This struggle involved, not only the physical pain Christ endured, but also, and more especially, a pitched battle between him and the spirits of darkness. This struggle was invisible to human eyes; man first learns of it when the risen Christ reveals himself to the Church.

We readily imagine, I’m afraid, that we know what we are talking about when we speak of the “struggle” of the Cross. But we don’t. From beginning to end, we understand no aspect of what it really means for God’s incarnate Light to be locked in combat with the forces of darkness. No one can possibly picture what it means to say, “God was in Christ, reconciling the world to Himself.”

We tend to think of the Cross, perhaps, as a moral struggle, analogous to the sorts of inner combat all of us must endure. It was surely more than that, however. Our Redemption was not simply an ethical accomplishment. The deed was exclusive and sui generis, without adequate analogies; we can speak of it only on its own terms.

Jesus, for his part, compared it to an invasion:

When a strong man, fully armed, keeps guard over his house, his possessions are undisturbed. But when someone stronger than he attacks him and overpowers him, he takes away from him all his armor on which he had relied, and he parcels his spoils (Luke 11: 21-22).

Although a standard traditional formula speaks of our Redemption in terms of “merit,” I believe this idea, too, may mislead us. The notion of merit too easily renders Redemption something external to the act of redeeming. It does not adequately express the formal relationship between the cause and the effect of Redemption, the intrinsic affinity between what Christ did (factum) and what he accomplished (fructus).

The Cross is not only the efficient/instrumental cause of Redemption; it is also the formal/model cause. Christ, after all, did not simply unlock a door in order that others might go through it. He went through it. He passed from death to life. Redemption took place in him. His own humanity was perfected by the experience of the Cross. The change in humanity brought about by the Cross was, in the first place, a change brought about in Christ, who, “being made perfect, became the author of eternal salvation unto all that obey him” (Hebrews 5:9).

Redemption, then, was both effected and given shape in the human soul of Christ, the arena of his mortal combat with—and victory over—the demonic forces of darkness.