Temptation from the Right

‘Right’ and ‘Left’ don’t only have to do with political alignments. The terms were also used to define two categories of temptation in the spiritual life. Indeed, because it’s less perceptible, the temptation ‘from the right’ was considered the more dangerous.

When does a temptation come from the right and when from the left? Here’s an example. If the devil presents you with the suggestion that you should cheat a co-worker for your own benefit, that’s a temptation ‘from the left’. You know where it’s coming from and you either accept it or reject it. But if the evil spirit whispers that we’re in a crisis, that your co-worker doesn’t have a family and so you’re justified in cheating them for the sake of your children, then that’s a temptation ‘from the right’. In other words, it’s dressed up as a good aim, or, at least, as a necessary evil. It’s a way of concocting pretexts for sins. 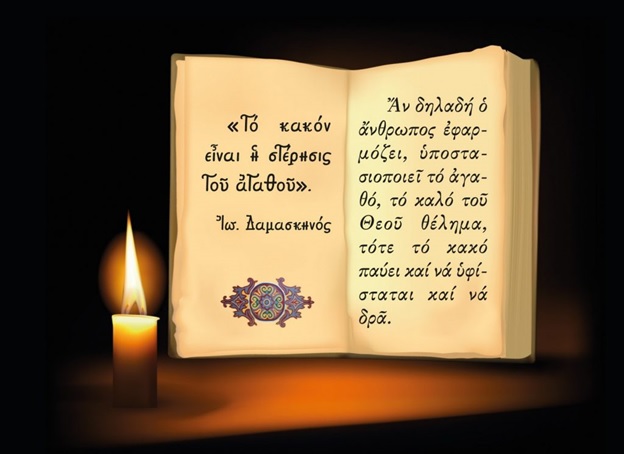 A temptation from the right can be even more ‘holy’. It appears as an angel of light, with pious thoughts and passages from Scripture. It presents a lie to the mind in the guise of the truth. It projects a virtue which, in fact, is wickedness in a mask. Thus, it may introduce ill-will into the soul, clad as defence of the faith. In such a case, the egotists and the intolerant believe that they’re being zealous for God. Or else, it may cultivate laxity and indifference, cloaked as moderation and meekness. People who are uncaring and indolent present themselves as peaceful and meek. On other occasions, cruelty may be passed off as strictness or sincerity. Uncharitable people can come across as upstanding and scrupulous. It can also take on other forms in order to hide its true nature and so can enter the heart like a thief and pillage it.

The desert fathers knew the devil’s machinations very well, which is why they warn us about an even more subtle attack from the right. When the nous reaches the point where it prays fervently, when we feel calm and well-defended, then the demons, who want to disorientate us, attack from the right. They don’t make themselves known, but fabricate praise of God and other things we love. The nous then thinks it’s achieved the purpose of prayer. This is the way the evil one sows the seeds of vainglory and pride in our brain.

Very often, the evil spirit uses truths. It tells ‘the truth’, but not the ‘whole truth and nothing but the truth’. Even occultists can manifest things unseen and ‘prophesy’, claiming to draw on the power of Christ, but they’re integrated with evil and they prophesy what the devil wants them to. This is of particular importance in our own day and age, because superstition has taken root in material societies and is now infiltrating the lives of many, even Christians. Both the saint and the occultist can tell our name or the problem that’s bothering us. But the criterion of holiness is humility and the love which people transmit as natural, fragrant incense.

How do we recognize a temptation from the right? First, there’s a general principle which holds true: If something isn’t from God, the devil will introduce proud thoughts. Secondly, we must bear in mind that very often that which seems absolutely true and right is simply a reflection of our personal will.

Saint Anthony saw the snares of the devil spread out on the ground and wondered who could overcome them. And he heard a voice saying to him: humility. Real, genuine humility is what reveals the snares of the devil. And humility isn’t just thoughts about being humble, nor, of course, sanctimoniousness and an outward show of piety. It’s a deep sense of our condition, that we’re weaker than shadows, that whatever we do and whatever we have isn’t our own.

We ought to mention here, as an example of humility, the encounter between Saint Zosimas and Saint Mary the Egyptian. The former was a venerable abbot who bore the high rank of the priesthood. The latter had previously been a harlot but had then spent the rest of her life in the wilderness and had reached the heights of sanctity. At their unexpected meeting in the desert, nether of them seems to have been aware of their stature and merit. On the contrary, each of them bowed down to the ground, in a show of respect for the other and each asking the other’s blessing. It was humility which came from two simple hearts. And a simple heart always compares itself not to others but to the infinite purity and sanctity of God. When the soul is illumined through veneration, it’s then able to discern where a thought, a feeling or an inclination is coming from.

Essentially, humility is expressed with the spirit of being under tutelage. The Cappadocian Father, Saint Gregory, was called the Theologian, but referred to himself as a life-long pupil. And the desert fathers never accepted any revelation without first subjecting it to the scrutiny of other, more experienced monks. God’s truth is revealed through a life-time of tutelage and love.

There are some who believe external deeds, an external calmness, or a rudimentary (or alleged) struggle for the faith makes them teachers, counselors and judges of the whole world. They can say ‘Forgive me’ or ‘I, the sinner’ as much as they want, but they don’t mean it. There’s no greater temptation than to think that our struggle and our faith give us the right to act as the touch-stone for Orthodoxy or as religious inquisitors. It’s strange and much to be wondered at how often the extent to which we confess our faith or defend tradition is anchored in the most uncompromising egotism. When there’s no real humility, the heart becomes as hard as flint and sinks into the abyss of obdurate opinion, sometimes even of ingratitude. And that is what we call delusion.

(Excerpt from a talk)