The wretched and the more wretched

‘Whoever falls is pitiable. But more wretched is someone who entices another into falling because that person then bears the burden of both, as well as the burden of pleasure tasted by the other’ (Saint John of Sinai, The Ladder of Divine Ascent, discourse 15).

The saint is discussing the carnal lapses which are caused by the passion of lasciviousness, the ‘mother’ of which is sinful pleasure. Indeed, love of sensual pleasure, together with its ‘sisters’, ambition and avarice, complete the triptych in which the tree  of ‘hell’, egotism or selfishness, is rooted. How can you describe those who fall into carnal sins? Wretched. And they lose their connection with God because, in order to reach the point of carnal fall, the soul has already had to become ‘carnal’. In other words the whole atmosphere of the life of such people has changed- they’re going in the wrong direction. The Lord says solemnly that he will take his Holy Spirit from them, because they’ve become carnal. 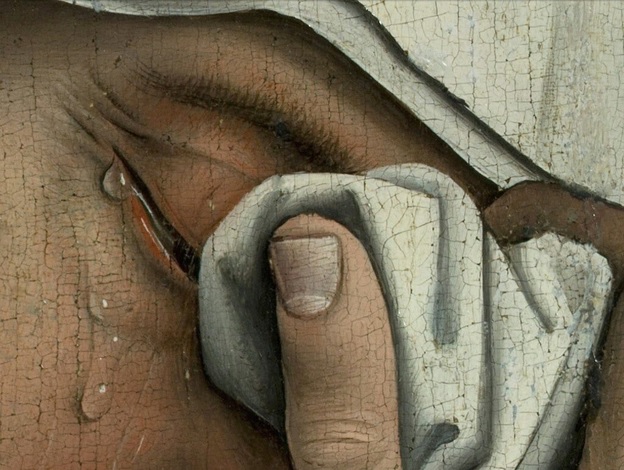 And let’s not think that the words of the saint concerning wretchedness apply only to lasciviousness. They also refer to the other central passions we’ve mentioned, because they all lead to the lowest point we can ever reach: loss of contact with God. Without God, what use is life to you? It’s a life without the Life. It’s life in death.

The saint says that this death before death isn’t the worst thing, however. We haven’t yet reached the bottom. The worst is for us to sin, but also to drag someone else down with us: their soul will be required of us. The Lord himself had some of his harshest words to say about this: if you lead someone else astray into sin, you’d be better off attaching a mill-stone round your neck and going off to drown yourself. The sin of suicide is less wicked than that of causing a fellow human being to stumble. What’s the reason behind this apparently strange view? The majesty of love. Whatever does away with love, whatever blights our connection with other people, is held to be insurmountable wickedness. This is because ‘God is love’.  Saint Paul points out that if he’s about to do something innocent, such as eat meat, he’ll refrain from doing so if it offends another person, whose conscience is weak. In other words, the criterion even for our God-given freedom itself is our love for others. ‘Our life and death depends on our neighbor’.

These are ‘dreadful’ things for parents, teachers, the clergy- for everyone who’s in a position of responsibility vis-à-vis others. Especially those associated with the ‘cream’ of God, his beloved children. They are literally on holy ground: ‘The place on which you are standing is a holy place’.