In the miracles related in today’s Gospel reading, we have all the features we see in almost all of the healings performed by Jesus. Two suffering people ask him for mercy, and Jesus requires faith; two people confirm that they believe and Christ rewards their faith; a strict command not to publicize the miracle and grateful disobedience which blazons it abroad.

All of this is set out entirely naturally and simply and this naturalness and simplicity are in themselves evidence of the truth of the Gospel narrative. The Evangelist doesn’t try to persuade us, but he does want us to believe. Had he wanted to convince us, he’d have used all the arts of writing and would have become a defence lawyer for the truth. But he wants us to believe and this is why he presents the events of the miracle naturally and simply, as they occurred and as we hear them in the Gospel at the divine liturgy. 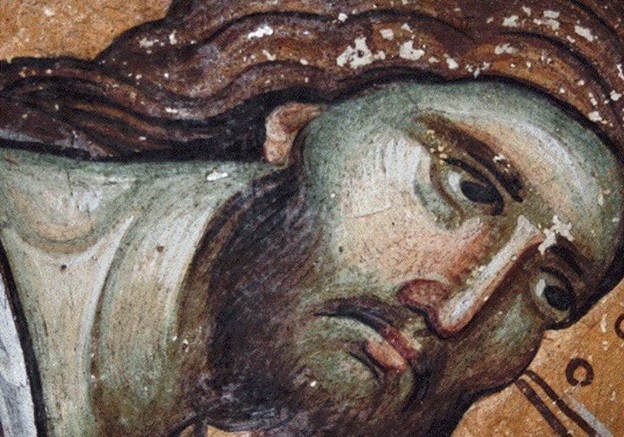 Regarding the miracles of Jesus Christ in the holy Gospels, we’ve said that they’re signs of the presence of the Messiah. And we’ve also said that the Messiah didn’t come in order to perform miracles, but that he performed miracles to show that he’d come. The miracles that Christ performed weren’t the point of his advent. He had a single aim in coming: the salvation of the world. This is Jesus Christ’s great miracle, in which all the other miracles he performed have their place. Otherwise, the miracles in the Gospel would be spectacular actions aimed at impressing people. The reason why Christ came was to carry out the work of divine loving-kindness, and this is why all the miracles he performed are acts of love from God to us. All Christ’s miracles are acts of God, in which he reveals both his power over material creation and also his love for humankind. He could have performed destructive miracles which would also have been signs of his power, but all the miracles in the Gospels are beneficial acts. It’s telling that, in one of the Church’s prayers, God is called not ‘wonder-worker’, but ‘wondrous worker’: ‘Treasury of blessings, everlasting spring, holy Father, wondrous worker, all-powerful and Lord of all…’.

At this point, not even the disciples easily understood their divine Teacher, as the Gospel tells us. On one occasion, when they weren’t received in a village in Samaria, James and John were tempted and asked Christ: ‘Lord, do you want us to tell fire to fall from the sky and burn them up, as Elijah did?’. Then the Teacher turned and rebuked them saying: ‘You don’t know the kind of spirit moving you. The son of man didn’t come to destroy people but to save them’. When he multiplied material goods and fed the people, when he stopped the storm and calmed the sea, when he healed the sick and restored them to health, Jesus acted as a benefactor and savior of humankind. And he did so not to solve problems, which will aways be there in our lives, but to show exactly who he is and the spirit in which he came. There are, of course, two miracles which seem not to be so beneficial: when he allowed the demons to enter the herd of swine, which then fell into the lake and drowned; and when he blighted the unfruitful fig tree. Saint John Chrysostom says that these were because he wished to demonstrate his punitive powers, but not on people: ‘For it was necessary that he show his punitive power… though he did not wish to demonstrate this on people’.

Something which always draws our attention in the holy Gospels is the manner in which people received Jesus’ miracles. In this Gospel extract, after the two miracles performed by Christ, ‘the crowds were amazed and said that such things had never happened before in Israel’. On another occasion, when the Pharisees sent servants to arrest Jesus Christ, they returned empty-handed and said: ‘No-one has ever spoken like this man’. This goes to show that the people weren’t biased; they judged correctly and fairly.

The intuition of the people is fine-tuned and balanced, so that they’re always able to understand the truth and to judge fairly. So woe betide those who corrupt the people with misleading slogans in order to make them a tool for their own ambitions. Such individuals will have to answer to God if, instead of teaching the people and bringing them to what’s good, they lead them astray to their ruin. In ancient Greece and also in the case of Jesus, history teaches us what to expect from demagoguery. When the people becomes a tool of rabble-rousers, hysteria can’t easily be contained.

In the attitude of the Pharisees to Jesus Christ we see the opposite to that of the people. ‘But the Pharisees said that he casts out demons on the authority of their leader’. The people admired and the Pharisees slandered. Ordinary people saw the miracles and recognized the grace; but the Pharisees, who had good cause to look askance at Jesus Christ, covered up the good work and slandered the doer. This antithesis between Christ and the world has persisted over time. Even when the truth is obvious, the enemies of the faith and the Church find a way to deny it. And not only to deny it, but to slander the Church and its saving ministry. In response to the attitude of the Pharisees, the Evangelist repeats what he’s said elsewhere about the constructive actions of Christ: ‘And Jesus went about all the cities and villages, teaching in their synagogues and preaching the gospel of the kingdom, and healing every disease and every infirmity among the people’.